This week I have a real critter to post about. On Tuesday, Namusa was giving the house a real spring-clean and moved a dresser from the wall in her efforts to clean behind it. She picked up a broad piece of sticky tape with a critter stuck on it. On closer inspection, she saw it was a tiny snake and that it was still alive.

She took the paper and snake to Grant who called me to come and help get it unstuck. What a job! I held the paper carefully while kneeling on the lawn and Grant poured warm water over the snake. It was stuck to the paper with about a third of its body. I gently eased it from the sticky paper and bit by bit, I managed to lift it. Grant kept refilling the mug and pouring water over my hand and the snake.

Even though it must have been stuck behind the dresser for a while and was probably dehydrated, it wasn't lethargic at all. It turned its little head towards me and spat out with its tongue. I noticed that it had an orange mouth.

Eventually I eased the last bit of snake (leaving a little skin) from the sticky tape. I placed it in a deep plastic container with freshly cut grass which I'd sprinkled with water.

Grant was Googling this by now establishing that it was probably a Red-lipped Herald.  Although I wondered if I should be feeding or watering the snake, the advice he gleaned was to release the snake as soon as possible.

I kept it next to my computer for an hour or so while I completed some chores. Then I took it outside to Debbie's succulent rockery and gently tipped it out of the container.

It lay quietly at first and when it realized it was free, it immediately began to wriggle away. I watched it go under a rock and then emerge again and finally disappear into the greenery. 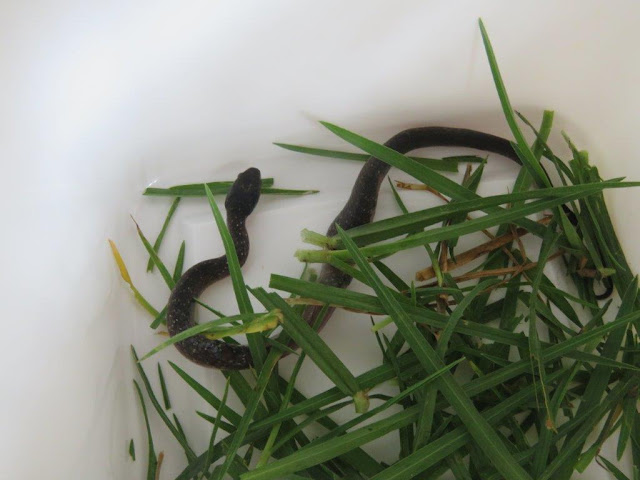 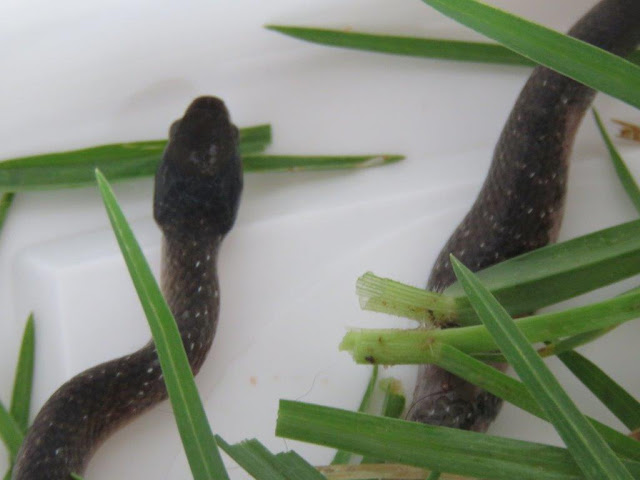 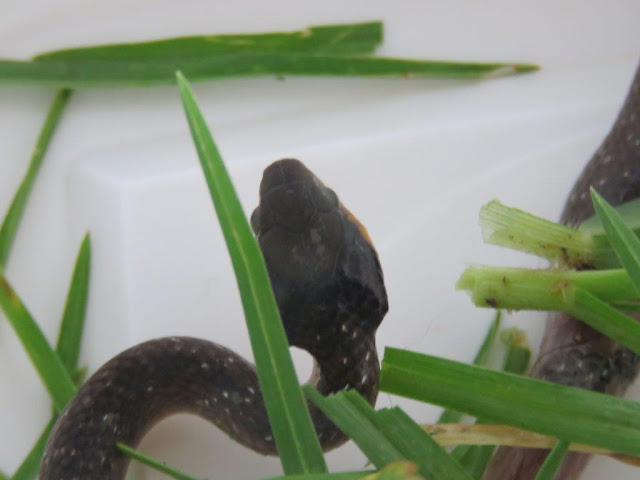 In this photo, you can see its orange mouth which led us to believe that it 's a Red-lipped Herald

HAPPY SATURDAY TO YOU ALL