All depends where you are along the food chain

Last week I was so exhausted from all the arrangements to relocate our foster cats, Jess and Blackie, that I had to end my post early with a "to be continued"

Because it was such an interesting and awesome bird-watching day, I just have to carry on posting about it here.

As I'd posted about the glorious sunrise and the sun's rays on the flock of egrets and on an ibis in a tree over the road, now I need to tell you about the return trip we made again that evening.

While still on the road along the mine, we stopped at some shale banks surrounding deep puddles of water. I'd seen a pair of birds which I only recognized once I had them focused on my camera screen. 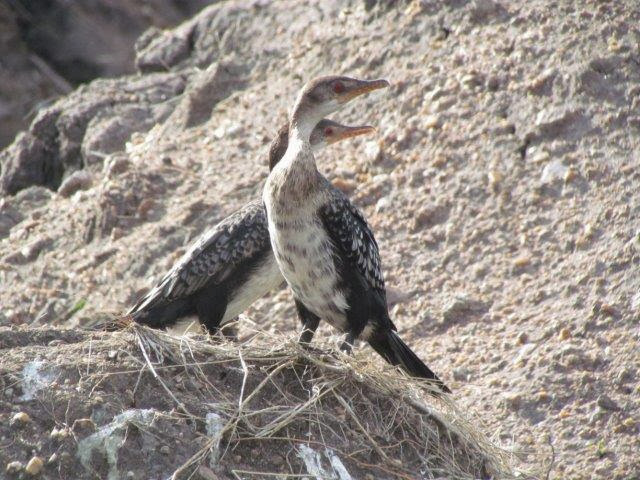 Immature Long-tailed Cormorant on their nest

As we drove along the road to the dam, Grant stopped so that I could photograph the trees against a dramatic backdrop of stormy skies. 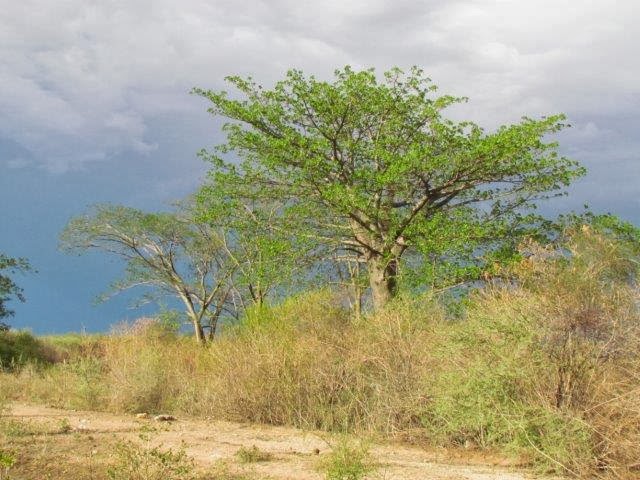 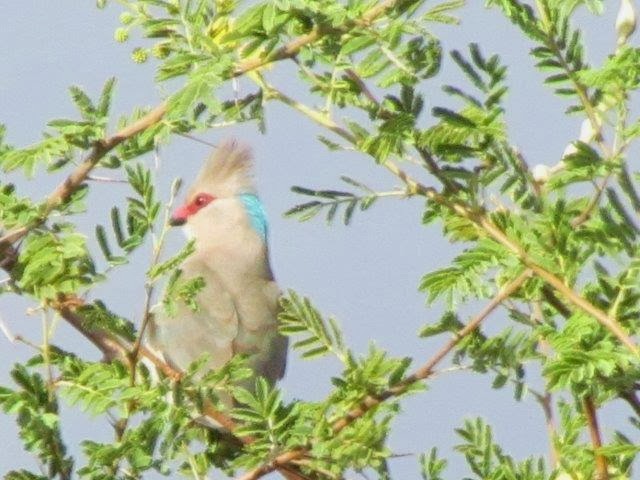 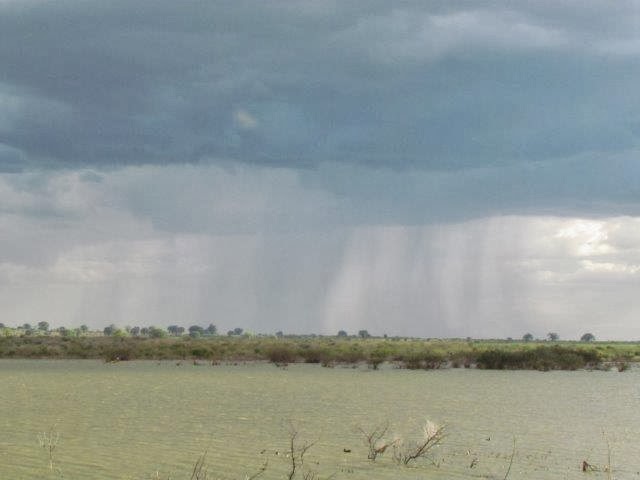 Once we drove onto the dam wall, I focused on the expanse of  murky water and the black skies behind it

As we sat and took in the scene, Grant looked to his right where the water had collected in a trench beyond the wall. He'd seen a scuffle in the water so I swung my camera in that direction and clicked. At first all we could see was a waterbird whose bill kept dipping under the surface of the water. 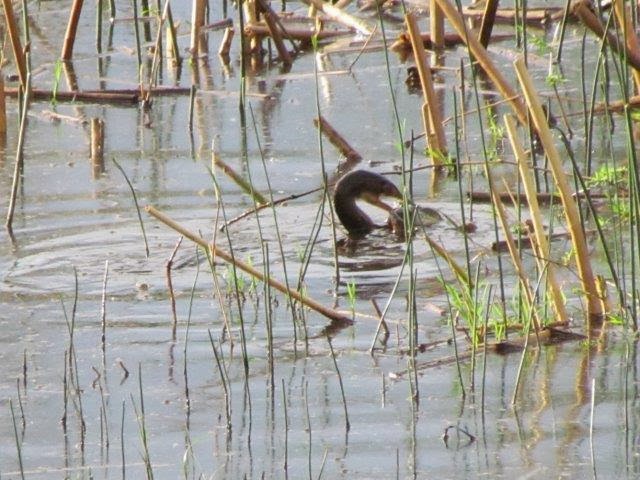 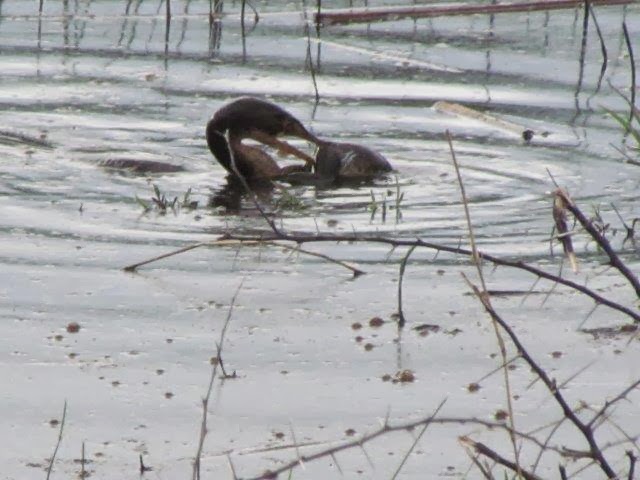 We knew this bird was trying to secure its dinner; we just couldn't make out whether it was a fish or another water creature 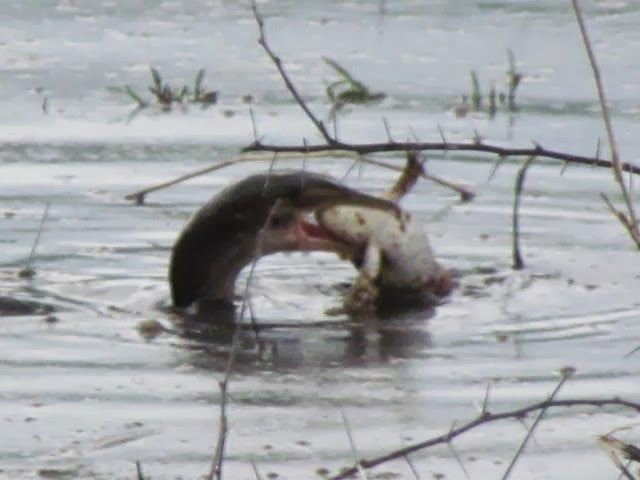 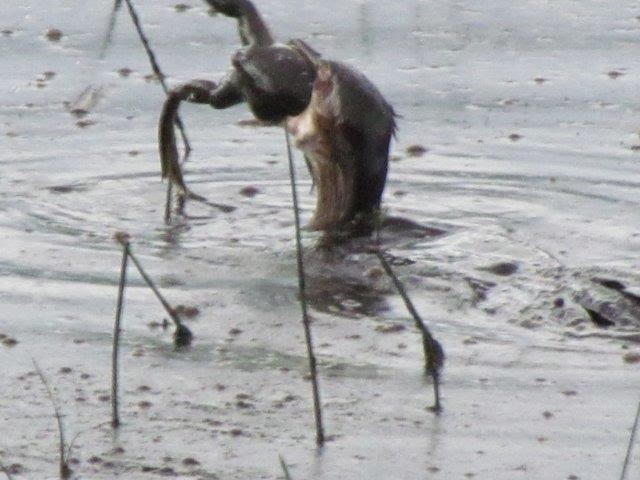 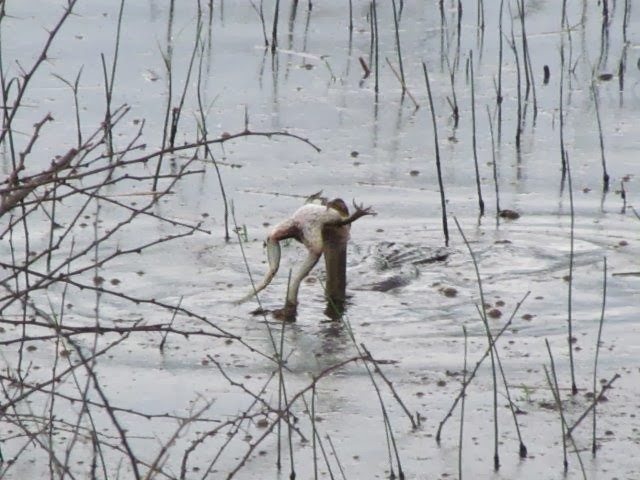 Once the bird had turned the frog onto its back, it had no chance of escape 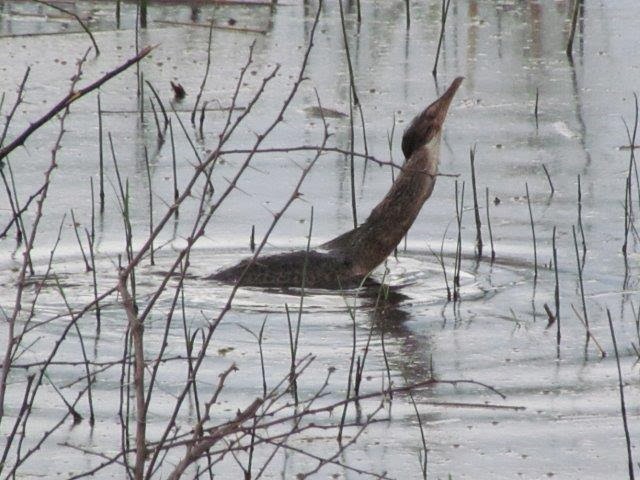 We watched as the bird swallowed the frog 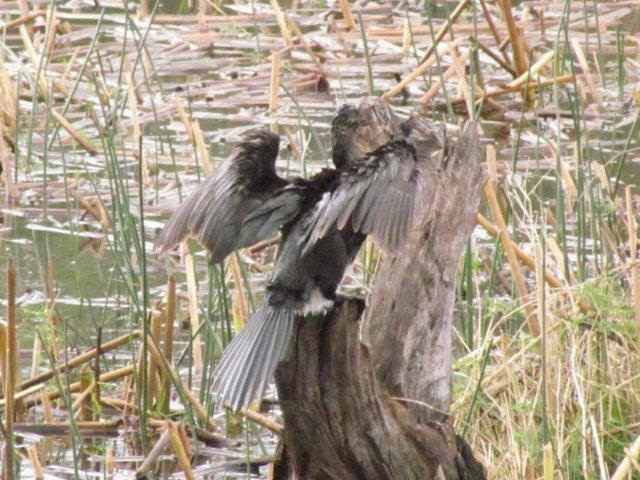 When it flew up onto a dead stump to dry its wings and rest while it digested its meal, we realized it was a Long-tailed Cormorant!

For more posts about birds around the world, please click here.