A very happy and blessed Christmas day to you all. I trust you're all spending the day with your family and/or friends. We're doing the latter as we're too far from our loved ones back in South Africa.

I'm not sure whether the Wild Bird Wednesday meme is open today but I just had to post a few of my favorite photos of birds spotted over the weekend.

My first image below is of a Long-tailed Cormorant, Juvenile. A few weeks ago I posted two juveniles sitting on a nest in just this spot. Now we're watching these two birds still in this spot, but who have "flown the coop" so to speak. (the other cormorant was behind the muddy bank when I took this photo) 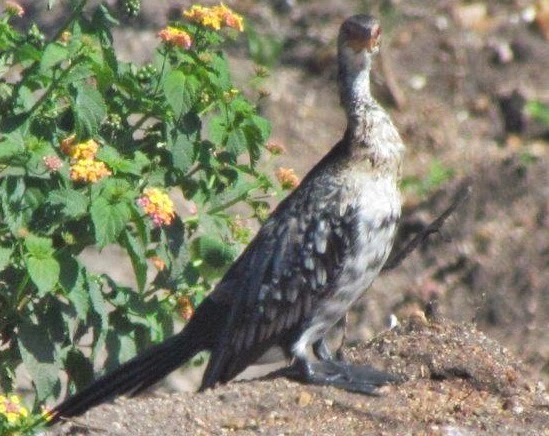 As we drove along the road through the bush, I noticed a bird sitting on a branch, quite a way into the thicket. Grant stopped, and although I have many photos of this bird (a Silverbird) I still took several photos. When I downloaded the photo later that day, I realized that I'd captured a beautiful image; the bird and the branch on which it was perched, stood out clearly against the blue sky while the background branches were mysteriously fuzzy. 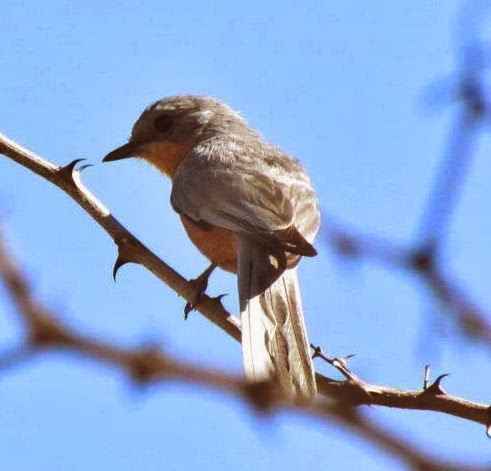 A Silverbird on its perch against a fuzzy background

Although we birded for quite a while after the above two sightings, I am only going to post one other photo. Grant spotted this Black-shouldered Kite sitting high on the branch of a tree next to the road.  The Black-shouldered Kite is prolific right across Africa from just south of the Sahara to the point of South Africa. It is found everywhere. But for some strange reason, we don't often see them here where we live in Tanzania. 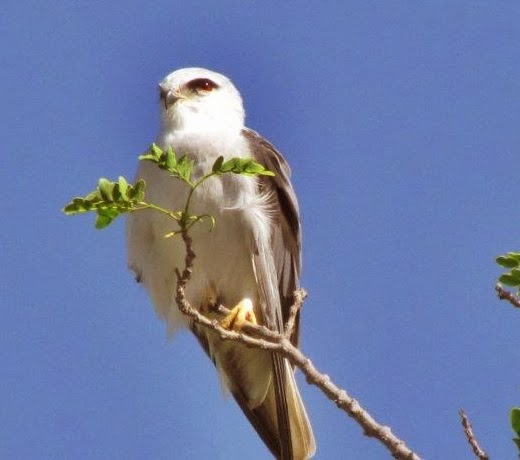