On Sunday morning I roused a sleepy husband and convinced him to get up and take me to the dam. The time was 05:15! I wanted to watch the sun rise over the water and of course photograph it.

By 05:45 we were parked on the dam wall. Everything was quiet; only the frogs in the marshy area behind us were giving a concert. It was too dark to see birds roosting in the trees in and around the dam. Sitting there in the hour before dawn, was so very peaceful. 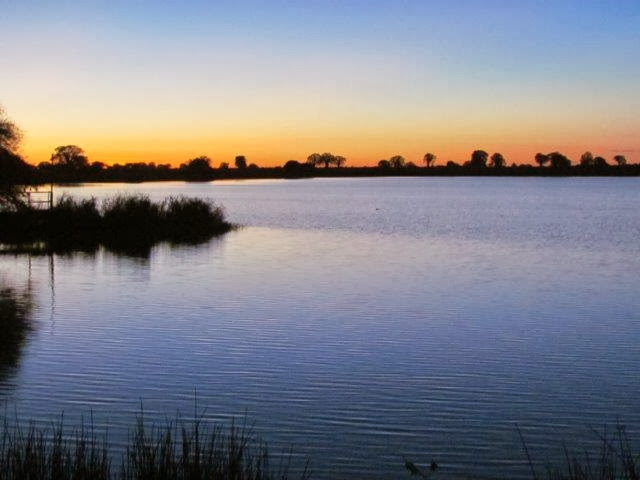 The quiet hour before sunrise

Once the sun's rays reflected on a fleecy cloud, I focused and waited. Then as happens in Africa, the dark skies turned red, then golden as the sun crept up above the horizon until it was a bright orb behind the trees. I posted a few of my sunrise photos on Facebook but will post a couple more on Skywatch Friday  later this week. 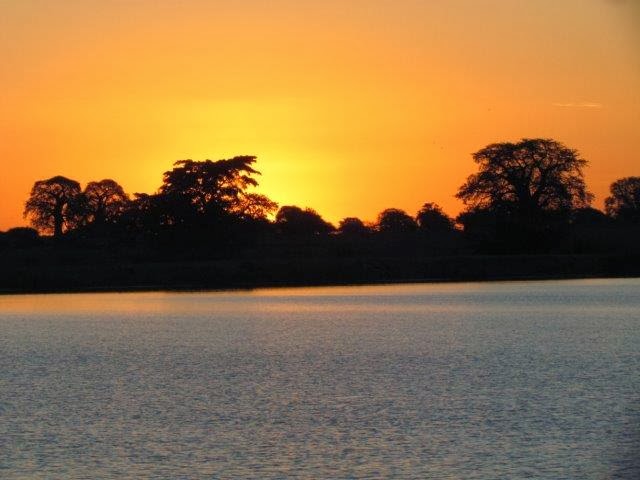 The sun turned the horizon a molten gold color

After getting my fill of sunrise photos, it was time to return to town and for Grant to go to the office.Driving along the dam wall, I snapped a huge flock of egrets as they flew up off the trees they'd roosted in overnight. 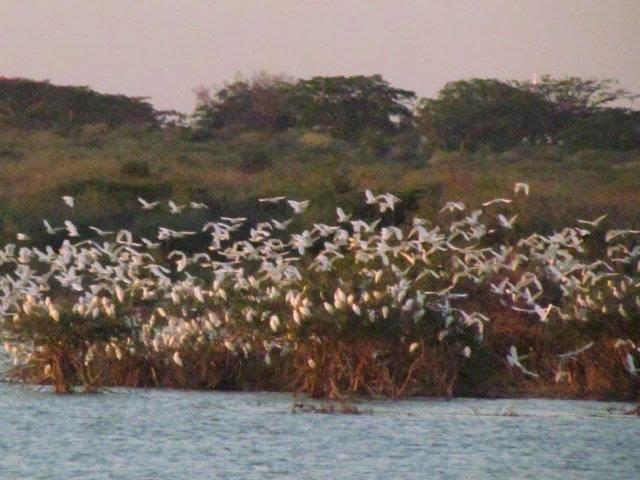 As we drove along the dirt road through the bush, I spotted a bird high up in a tree nearby. Grant stopped, I got out and got beautiful images of... 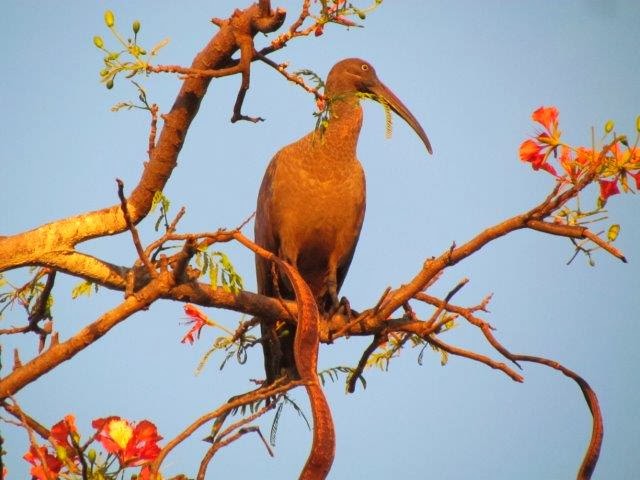 ...a Hadeda Ibis catching the first rays of sun

We went out of town to nearby Shinyanga for lunch. We wanted to treat the General Manager who was on a company visit, so we took him to Minas which I've posted about before. As usual we all enjoyed the delicious spicy "bitings" (snacks) followed by chicken curry, rice and chappatis. I had my favorite, paneer tikka, (grilled cheese curry)

We arrived back home at 03.30 and while I caught up on my blog visits, Grant watched sport on telly. At 05:15pm we decided to take a ride to the dam again.

Just beyond the boom gate, I spotted a large bird perched on top of the power lines. Grant stopped and I took several photos. When we sent the photos off to Jez to see this strange phenomena, he also said you don't often see Guinea Fowl perched on a wire. (they're always running through the grass) . He also mentioned that this particular Guinea Fowl was of the race reichenowi . 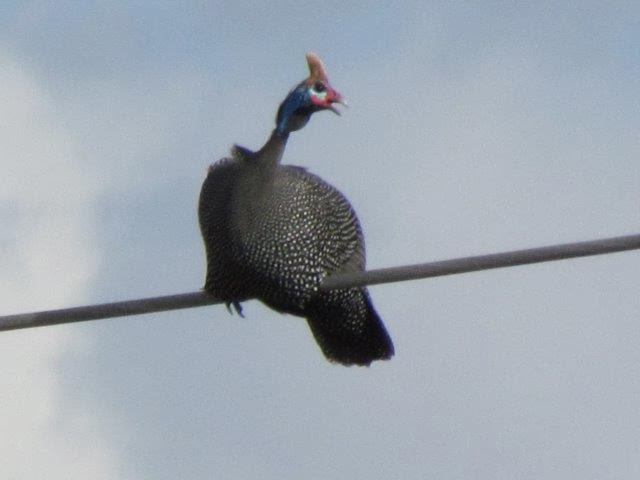 I'm linking this post to Stewart's Bird blog which you can access by clicking here
Posted by Jo at 3:35 AM