Birding in and around Mwadui

This past week I managed to photograph several birds, not only on our weekend drive, but also while walking to pottery in the client's camp and in our own back garden!

Firstly, along the road I came across a Black-headed heron and of course, I placed my bag down in the grass, took out my camera and snapped away! 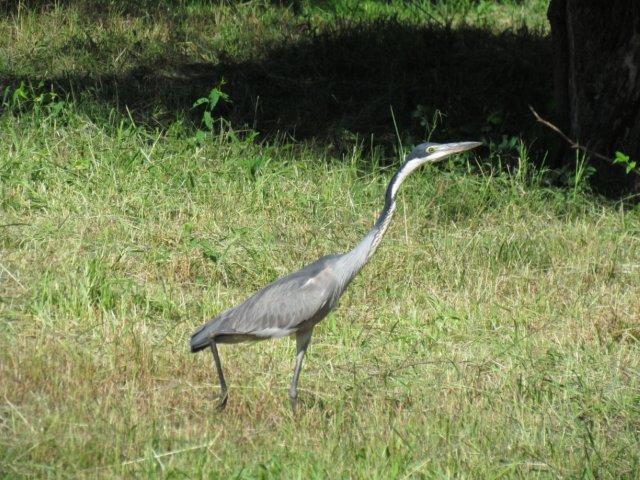 As I started to roll my clay for the first bowl of the year, a bird call rang out which I hear regularly in my garden but haven't managed to photograph yet. I dashed outside with my camera and in a tree beside the pottery studio, there it was: 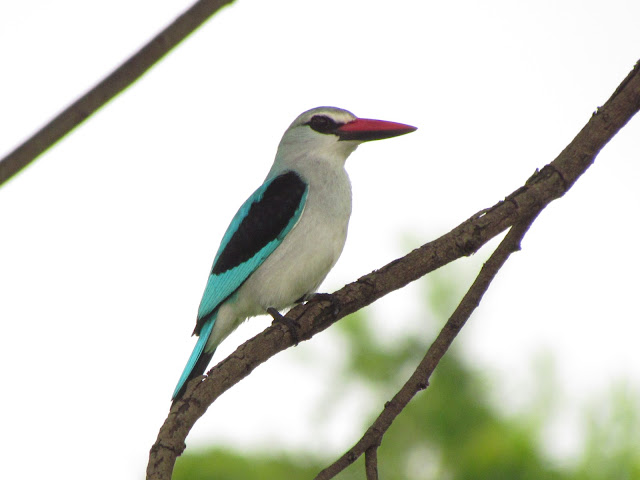 The Woodland Kingfisher is common resident and intra-African migrant. Here in Mwadui,  its distinctive call of "chip-chirrrrr" is one of the first bird calls in the morning and often heard last as dusk settles over Africa

As I walked back to the pottery shed, I spotted another bird on the roof. Even though this is quite a common bird, I could not ignore the fact that the ochre-coloured eye (which was looking straight at me!) and beautiful speckles, made it a perfect photo subject. 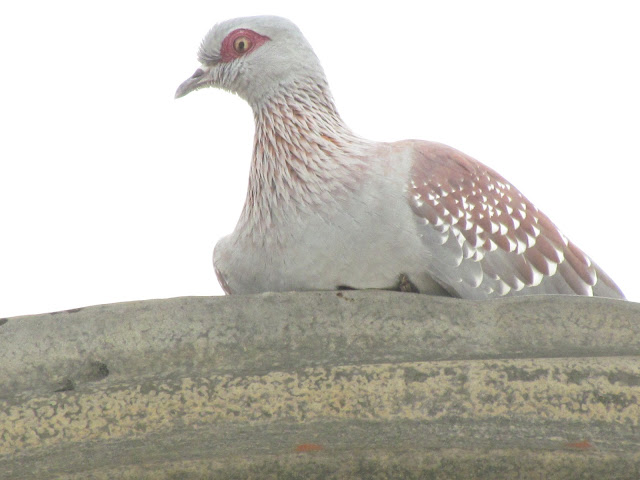 Back at the table I continued to work my clay, even getting as far as cutting out a salad bowl shape, before I heard the screeching sounds of lovebirds! Once again, I dashed outside with my camera and there they were on top of the roof of a building next door to the studio. 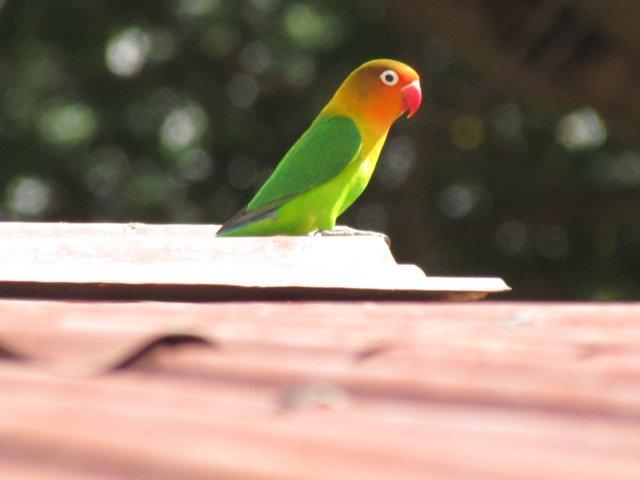 As I watched the bird above a small flock of about six Lovebirds flew out under the eves (we're hoping they're building nests there) and into the tree behind the building. 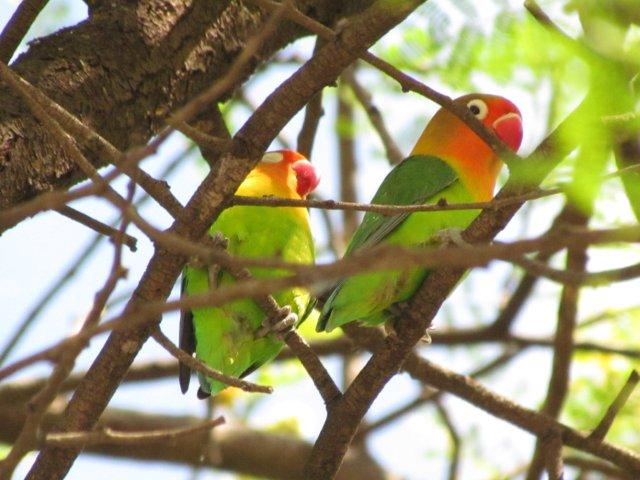 A pair of Yellow-collared Lovebirds

When I got back indoors, I had lost track of what I was actually supposed to be doing with my clay bowl and had to start over again. However, even when I completed the first stage  and placed it under the plastic to set and dry, I realized that you cannot try to create something and bird-watch at the same time! It remains to be seen if I keep this bowl - I may as it will remind me of the beautiful birds I saw that day!

I must admit that I was thrilled with my photos once I downloaded them. I hope you enjoyed reading about them too.

I'm linking this post to Wild Bird Wednesday  . Thanks Stewart for this meme which keeps me on my toes when posting about the wonderful birds I see here in East Africa.