Birds on the West Coast of South Africa

While visiting our friends in the Southern Cape, the four of us rode down on two motorbikes from their home and business in Barrydale, to their holiday home on the Breede River. While walking along the beach I spotted a pair of African Black Oystercatchers with a third bird of the species. 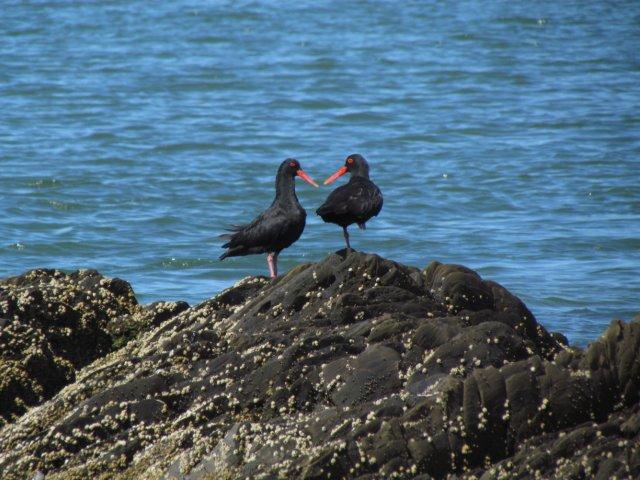 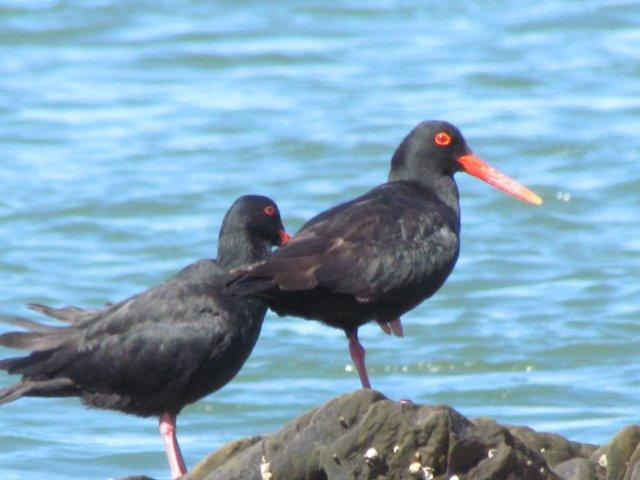 A close-up of the pair 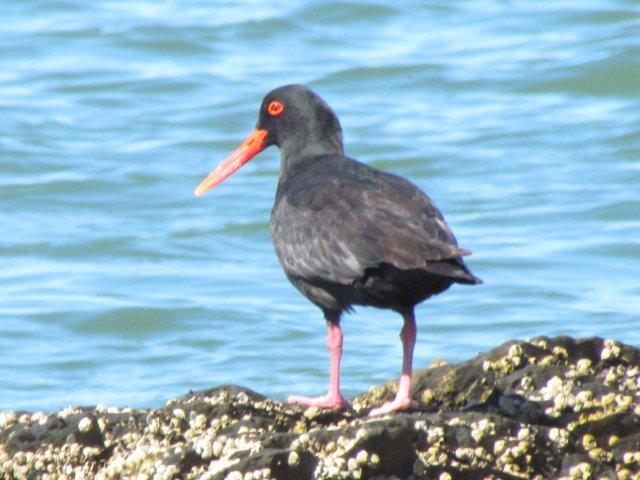 And a quick-pic of the third bird nearby

The African Black Oystercatcher is still regarded as near-threatened but a locally common resident. Their nest scrape is normally near rocky kelp so I suspect this pair in the first two photos were not too far from their eggs or young.

Also quite common in the area is the Blue Crane which is South Africa's national bird. While we sat on the deck of the cottage we could hear these birds calling: a loud guttural Kraaarrk  but I couldn't get a glimpse of them. Then suddenly my friend said three birds had taken off from below and were flying in our direction. I panned up into the sky (very difficult for me, an amateur photographer!) and managed to get one of the birds as it flew over us. 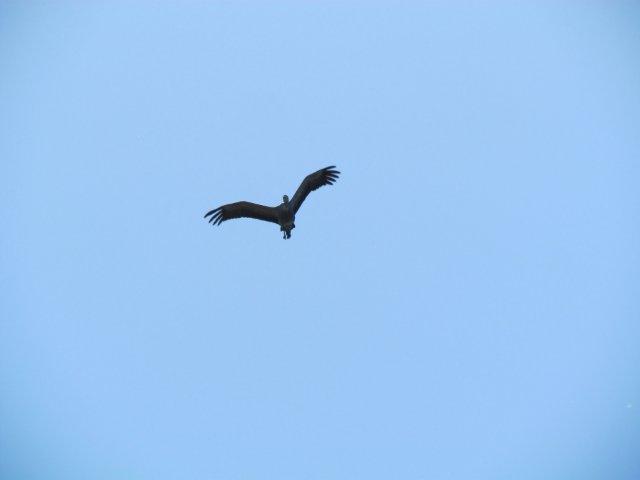 A Blue Crane silhouetted again the clear blue sky (you'll have to take my word for it, LOL!)

After the weekend, we took a trip to the West Coast. While waiting at one of the many roadworks that we endure all over South Africa, Grant spotted a Sugarbird perched on a shrub beside the road.  I whipped out my camera and managed to get a photo - not very clear - but the very first photo I have of this beautiful little bird, which is prolific in the Cape Province. 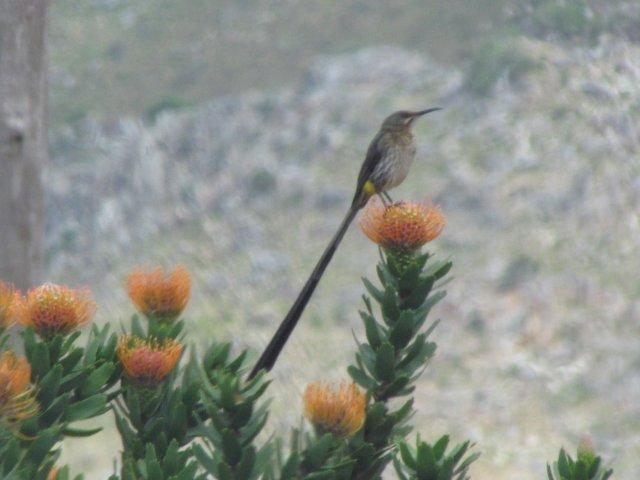 
We continued towards the coast and stopped in Paternoster where we wandered along the seashore - me taking photos of the beautiful coastline and white homes dotted along it and the others in my party parrying with the many "kreef-smouse" /cray fishmongers selling wriggling crayfish/lobsters. 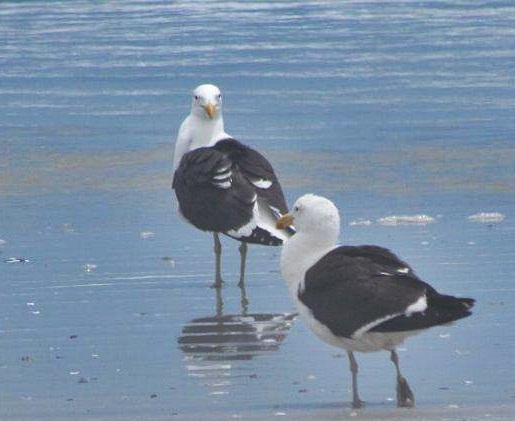 Cape Gull at Paternoster on the West Coast of South Africa


After enjoying fish and chips on the promenade at Paternoster, we rode to a nearby town called Jacobsbaai. While the others ordered coffee and carrot cake at a famous restaurant called Weskusplek (famous because it's owned by popular South African singer, Steve Hofmeyer, )   I wandered to the edge of the little inlet of water in front of the restaurant. Apart from a couple of gulls on an island in the middle of the lagoon, I 'd also noticed a "different" bird and began to photograph it.  At first I was very excited because I thought I was seeing an African Penguin, but when I downloaded the images, I realized it looks more like cormorant! 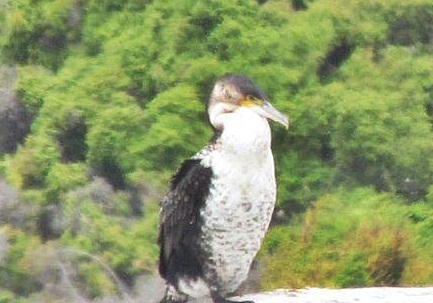 
Later back at the B&B in Langebaan, I had the opportunity to photograph a beautifully patterned bird. The landlady sprinkles birdseed and maize on the car park patio and along with the pigeons, sparrows and other LBJ's, this bird enjoyed it's fill. 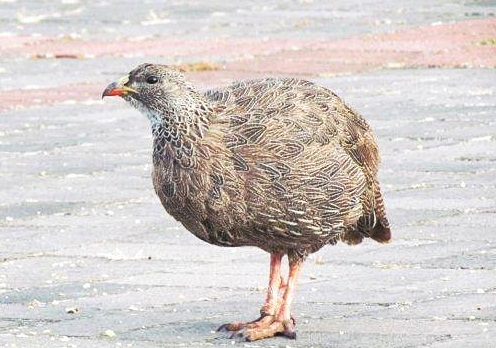 The Cape Spurfowl, or Cape Francolin, is a gamebird of the pheasant family. This francolin is endemic to the southwestern Cape of South Africa. The Cape Francolin is found in open, scrub-like areas, preferably close to running water. Its nest is a grass-lined scrape under a bush, and six to eight eggs are laid (but sometimes two females will lay in one nest). This species can become very tame and will feed in gardens, by roadsides, or with farmyard chickens. It will run rather than fly if disturbed.The call is a loud cackalac-cackalac-cackalac.

I've also provided links to the quaint villages we visited on the West Coast because:

a) you haven't lived until you visit South Africa and
b) you will truly fall in love with my beautiful country when you visit the Cape West Coast.