Since the first week in January I 've managed to attend both pottery classes during the week (Tuesdays and Thursdays) and today I am at my second Saturday class for the year!

Remember when I posted recently about how I did some successful birding and photographing on the first Saturday of the year, but had a disastrous potting experience? Well, dried and ready for baking, the bowl I made that day, doesn't look half bad. However, I have focused on the task in hand since then and managed to throw a large serving platter, two spoon rests and two fluted snack plates. Then, on Tuesday I made my first upright item... 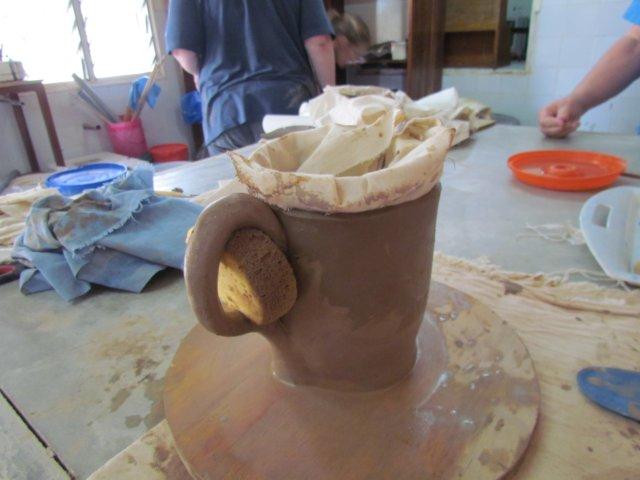 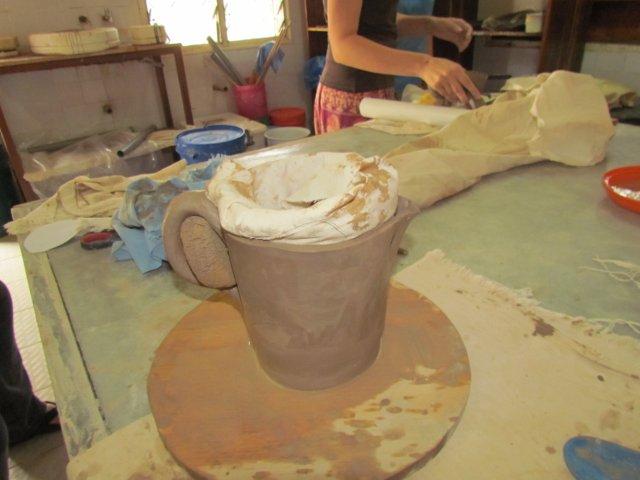 The "mucky" sponge in the handle (which, in itself, was a challenge to make) helps to keep the earlike- shape 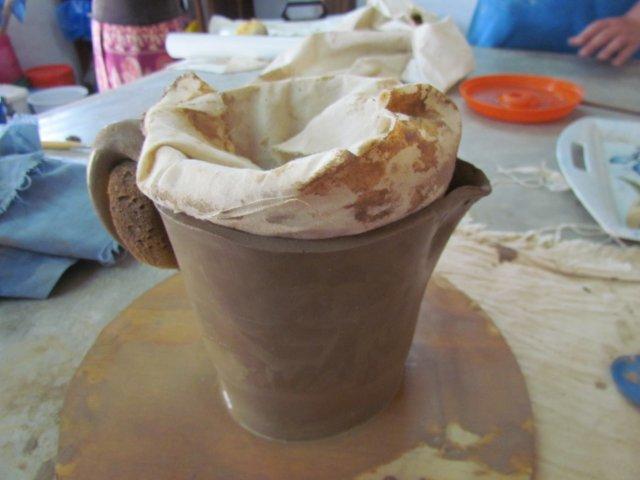 A close-up of my first jug!

When I arrived on Thursday, Amanda told me that the jug had help up well during the first drying process. We then used a wire cheese-cutter to separate it from the wooden base and it's back on the shelf drying out some more! (Watch this space for more on "the jug")
This morning Amanda and I are working in the studio so who knows what I'll be creating next? I don't but I will post about it at a later date!

I hope you're all having a wonderful Saturday wherever you are in the world.