How time flies when you have grandchildren! It seems like just the other day that we were sitting up late one night at the end of January 2010... awaiting the birth of our second grandson. Grant and I were in Khartoum at the time and although we weren't in the clinic's waiting room with Amanda's parents, several of their church friends and her sister and brother-in-law, Angus kept us up to date via cell phone text messages. As he  announced the birth of their first-born, I sent a message back saying we'd like to call him. It was 12.30pm in South Africa. We called him, congratulated him and sent our love to Amanda.

The next afternoon, Angus set up his laptop in Amanda's hospital room, and we could see out grandson for the first time. I've said this before, but say it again: how wonderful is technology?

I can't find any early photos of little Joel in my archives, as he was named, (I know they're there somewhere, I have records and photos of everything!) but found some really cute photos of him at seven months. 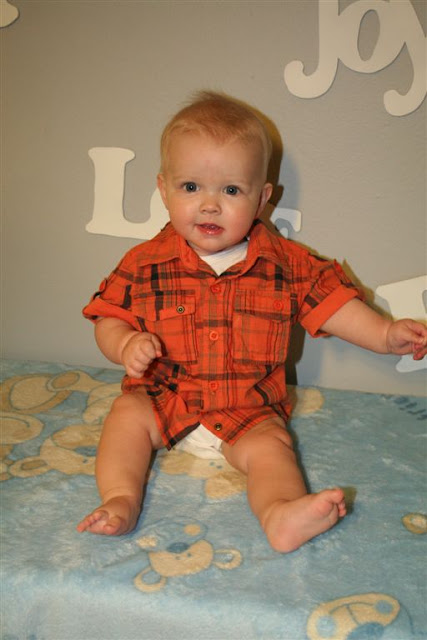 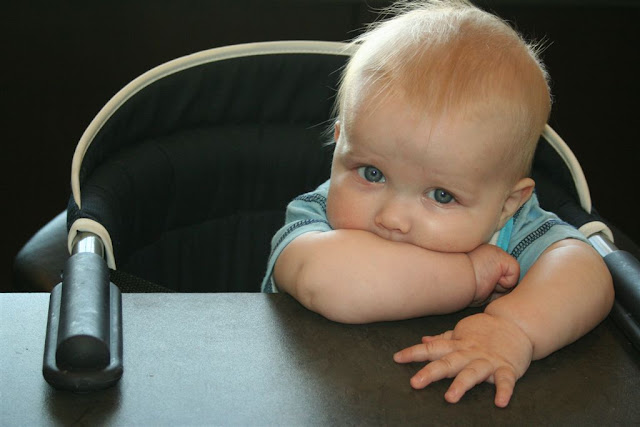 Waiting for my dinner!

Last year, I bought a Smart Phone and loaded the Application, Whatsapp. This free service allows me to communicate (called CHAT) with my friends and family and to send and receive photos instantly. I received  the photo below, of Joel in his dad's running shoes. 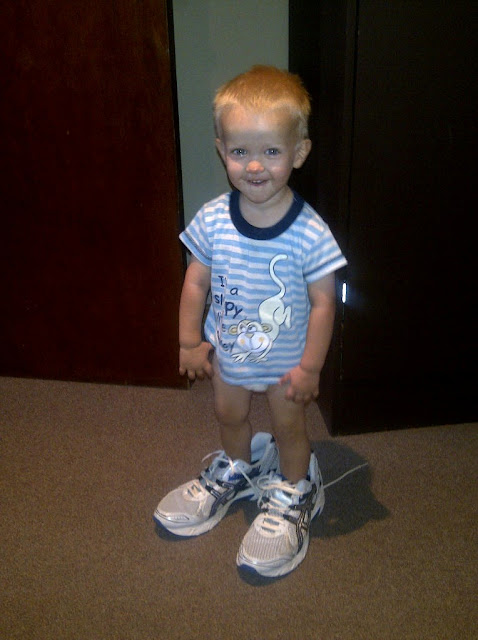 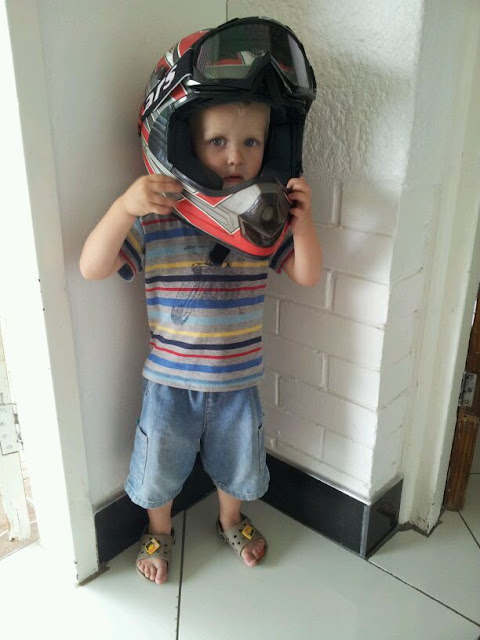 Joel is a confident little lad. He speaks English, Afrikaans and Sesotho; mostly a mixture of all three in one sentence!

Since he could sit up and focus, he has loved buttons (as in on TV remote controls, keypads, cell phones, calculators) Both his parents have i-pads, ultra-books and Samsung Galaxy cell phones. Joel knows how to use each one and he is as careful as an adult with the gadgets. Two weeks ago I looked at my phone screen and saw a message from Angus' number which said "Hello Granny" I sent a CHAT back and a lively conversation ensued between me and little Joel (Admittedly, Angus was there to help him type, but Joel knows how to back-space, where the "x" is to delete a letter/ymbol and how to press send. He also knows how to take photos and with his father's help, sends them! Below is a photo he took of himself and sent to me at the time! 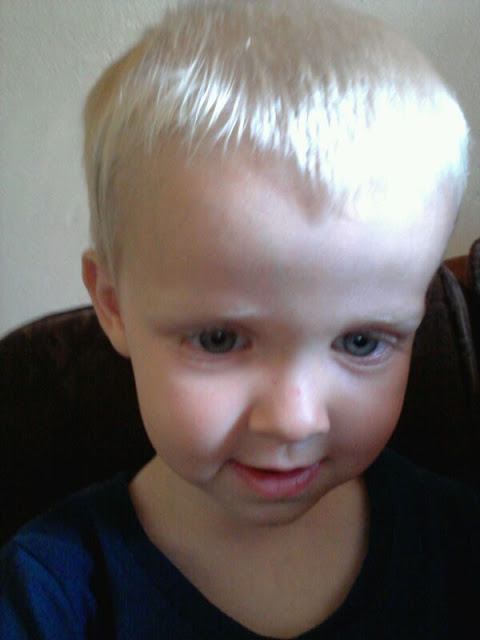 Two weeks ago, I received this photo on my phone with the accompanying message: Hello Granny!

Last night Amanda sent me a CHAT saying that they had a power outage in Marquard. She also sent this precious photo of little Joel, obviously fascinated by the candle! 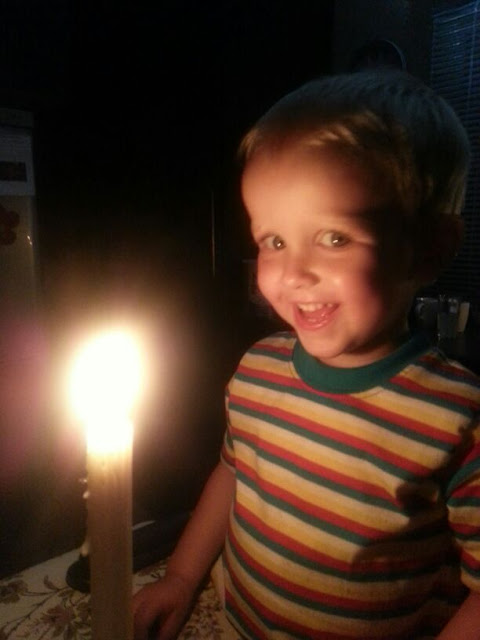 I can't wait to phone Joel at lunch time today and when I ask him how old he is, hear him saying: I'm FREE!

HAPPY BIRTHDAY JOEL
Posted by Jo at 3:30 AM