As promised, here is a post about the birds we saw over the weekend. it's not long; I'll do another post later on.  Amanda sent me a CHAT to say that she and Andre have caught and caged four of the five stray/feral cats who feed in their garden.  I've phoned Dr Mawaluko who'll be here at 8.30am;  by nine we should be on our way to anesthetizing the first feline patient.

Meanwhile here are a few of the waterbirds which are gracing the New Alhamasi dam at the moment. Although I've seen the following [two] birds before, and managed to ID the first one as a Common Greenshank, the second one was so  similar as to confuse me!  They're  Grant sent my photos off to Jez for clarification and he came back with positive id's: a Common Greenshank and a Marsh Sandpiper. 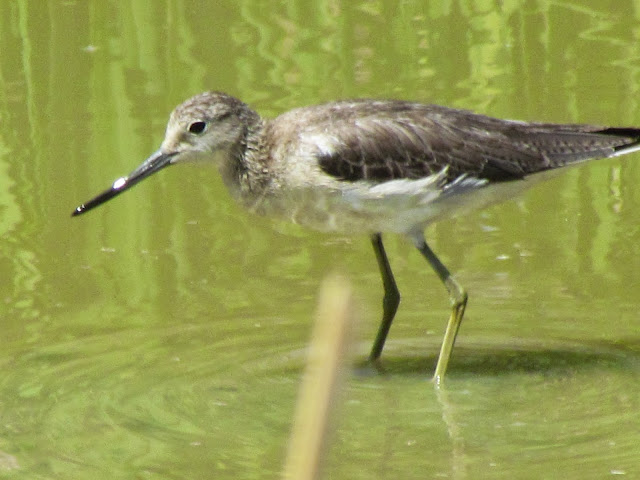 The Common Greenshank is a large wader with greenish legs.  It's larger than the Marsh Sandpiper with a heavier, upturned bill with a grey-green base. 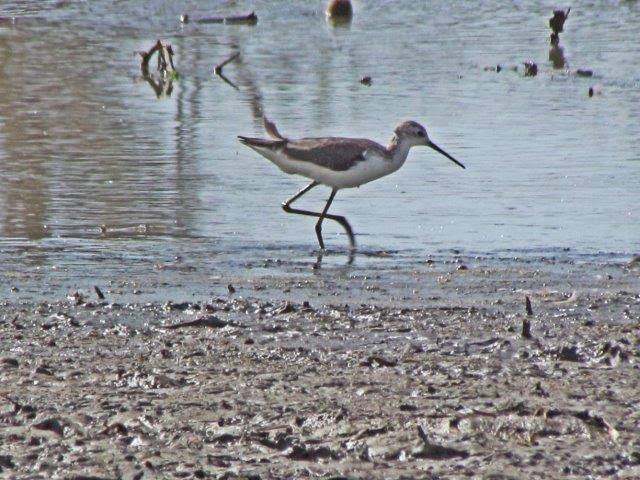 The Marsh Sandpiper is a medium-sized grey wader. It's smaller and more slender than the Common Greenshank with a thinner, straight black bill. The legs are also proportionately longer.

A little further along I wanted to photograph a small flock of cattle egrets roosting in a tree in the water. As I zoomed in I saw a movement on the screen and focused on that instead. When I downloaded the photo, I saw I'd captured a Black Heron (egret). It was scratching away at mites and I noticed that at the end of its black legs, it had orange-yellow toes. 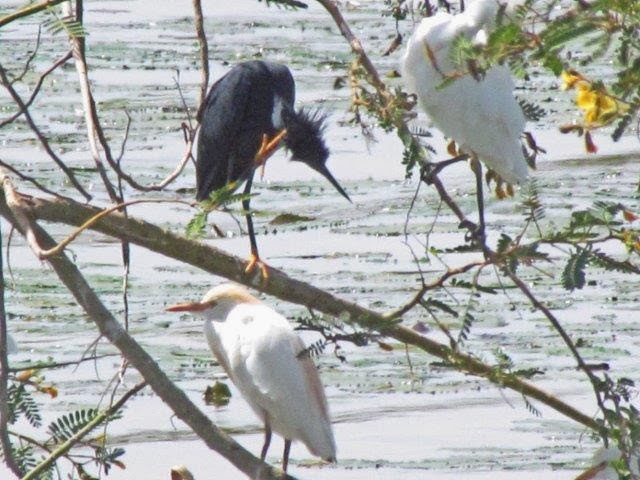 The black bird scratching its ear with orange-yellow toes, is a Black Heron (Egret) The cattle egret in the foreground is going into breeding plumage; normally its pure white

Until I've completed my task of assisting Dr Mawaluko in theater today, I wish you all a very happy and healthy Wednesday.

I'm linking my bird post to Wild Bird Wednesday hosted by Stewart. You can access this blog by clicking here
Posted by Jo at 3:30 AM