Birding / birdwatching:  according to Thesaurus is a person who identifies and studies birds in their natural habitats

Birdwatching or birding is the observation of birds as a recreational activity. It can be done with the naked eye, through a visual enhancement device like binoculars and telescopes or by listening for bird sounds. Birdwatching often involves a significant auditory component, as many bird species are more easily detected and identified by ear than by eye.

Most birdwatchers pursue this activity mainly for recreational or social reasons, unlike ornithologists who engage in the study of birds using formal scientific methods. 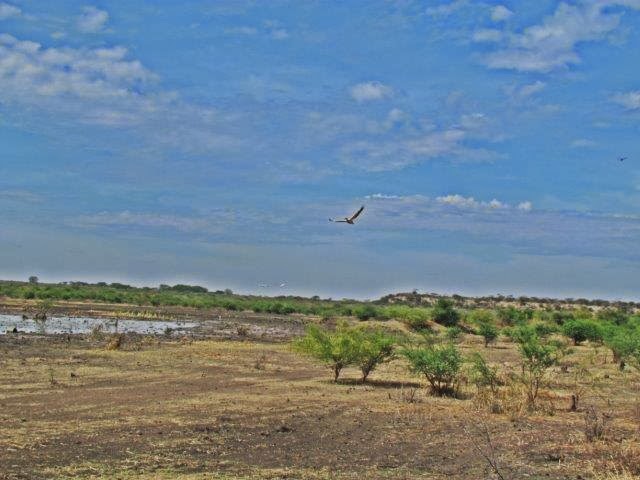 Grant and I simply love birding as a form of relaxation and it normally turns into an interesting time of observing the birds' habits and habitats. While I'm not frenetic about the exact co-ordinates of where I saw the bird (there are birders out there who insists on recording this type of information for mapping purposes), I do take note of the location of where and the date on which I photograph the bird.

We're also not twitchers. Twitching is a British term used as being "the pursuit of a previously located rare bird." In North America it is more often called "chasing", though the British usage is starting to catch on there, especially among younger birders. The term twitcher, sometimes misapplied as a synonym for birder, is reserved for those who travel long distances to see a rare bird that would then be ticked, or counted on a list. Some birders have been known to go to great lengths and many have lost their lives in the process. Famous birdwatcher, Phoebe Snetsinger spent her family inheritance traveling to various parts of the world while suffering from a malignant melanoma, surviving an attack and rape in New Guinea before dying in a road accident in Madagascar. She saw as many as 8,400 species. If I had inherited a vast family fortune, I might possibly have traveled from here in Tanzania to the island of Socotra to spot the only sunbird, the Socotra Sunbird! But I know Grant would dissuade me from going, due to the political unrest in nearby Somalia and Djibouti.

Mmm. Fortunately I don't have to chase after birds as what we see here in Tanzania, is far more than we've ever spotted in South Africa and satisfies our curiosity quite well.

By the same token, I love it when I spot a feature which means something about the bird, like the Black Heron (egret) with orange-yellow feet.

Recently when I downloaded photos of the Great White Pelican, which are plentiful on the dam at the moment,  I noticed the bird had a red nail at the tip of its bill. When I referenced it in my bird book, I read that this develops on the breeding male and turns yellow. In the female it turns bright orange but in both it becomes pink once the eggs are laid! Now we're looking out for a pink nail, then we'll know there are babies on the way! 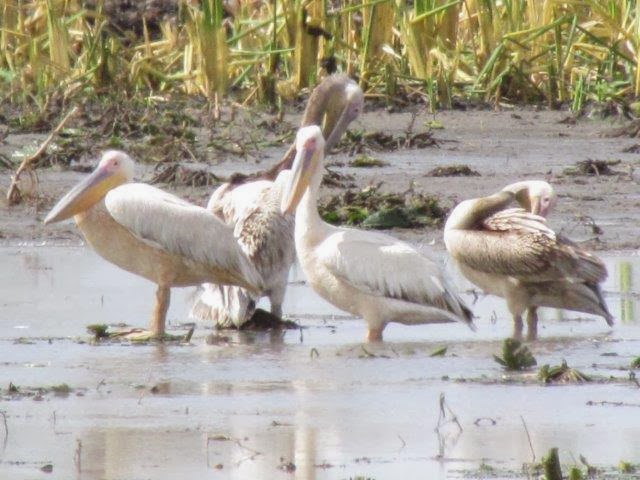 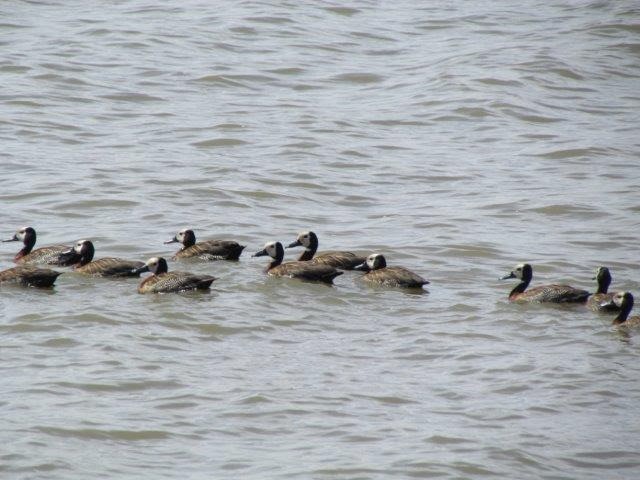 A flock of White-faced Whistling Duck

While I was trying to get close to the pelicans last week, Grant was scanning the far side of the dam with our binoculars. Suddenly he called out to me that he'd spotted a flamingo. This was exciting news indeed as since leaving Kenya almost two years ago where we used to watch and photograph hundreds of thousands of flamingos on Lake Bagoria, we'd never seen any here in Tanzania! 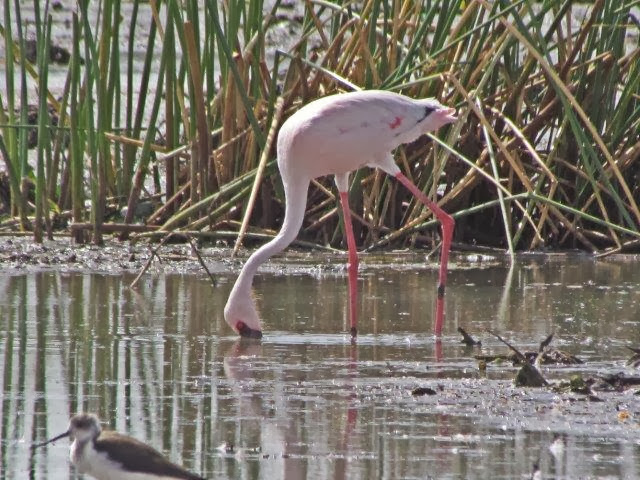 I whipped the camera around and sure enough, there was a Lesser Flamingo filtering the top of the water surface for food in the shallows. It is in full breeding plumage, so we're hoping that a pair has flown up here from Lake Natron to breed. By  law of averages there should be a female somewhere in the grass sitting on a nest! 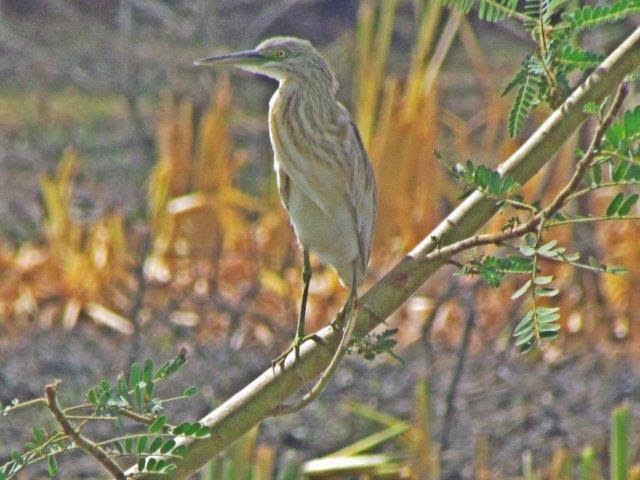 Madagascan Pond Heron - a lifer for me and Grant

When I took the binoculars to have a closer look at the flamingo, I scanned over a tree in the middle of the dam. There I spotted a different looking heron. Flamingo forgotten for now, I handed the binos back to Grant and focused my camera on the bird in the tree. When I downloaded the photo onto my computer, both Grant and I didn't know what it was so we sent it to Jez for identification. He replied with a congratulations, it's a Madagascan Pond Heron and where was it photographed! This is a lifer, and an exciting one for me and Grant.

By now, if I was taking part on a British Reality Show, the narrator would probably omit a long bored yaaawwwn. I'm  sorry if this post is not everyone's cup of tea; I do feel there are a couple of my blog followers who will read and relate to my writings on this subject.

Here endeth the first lesson. (lol!) More on birds spotted in and around Mwadui in the middle of next week.

I hope you are all having a wonderfully great weekend!