On Tuesday I posted about our participation in the 2015 Bloemfontein Toy Run. The ride started a large wholesale shopping center, went through town and ended at the Tempe Military Base, Armor Museum.

Many of you may know that when Grant and I tour on our motorbike, I take photos from the pillion seat. I've written several bike and travel articles for adventure magazines using these images!

Sunday was no exception and I took photos and videos from the beginning to the end of the outing! 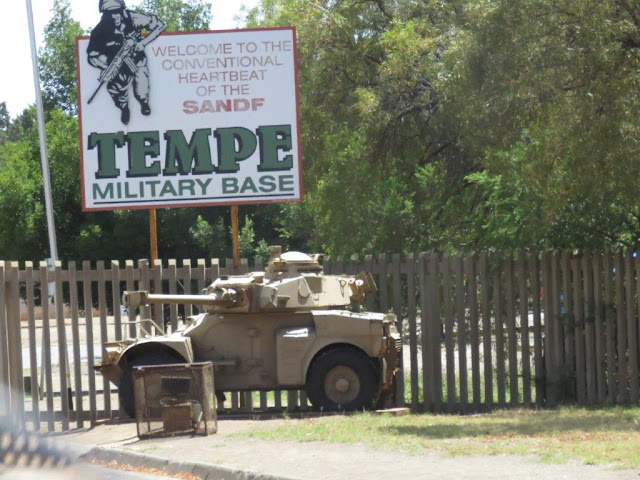 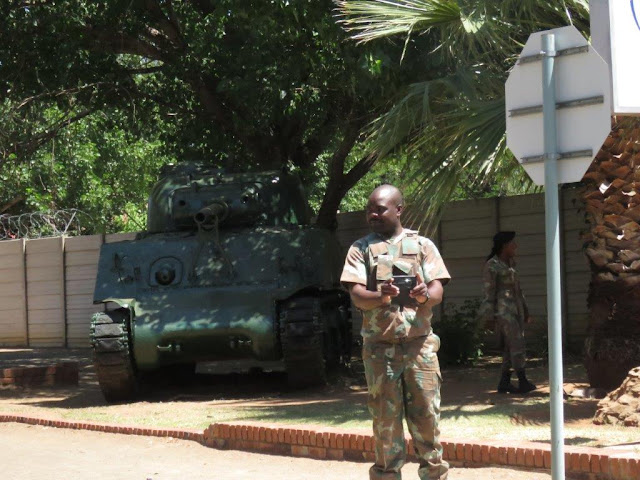 This soldier, like almost everyone we passed, was taking photos of the bike parade. A large tank resides under a shady palm tree against the concrete wall 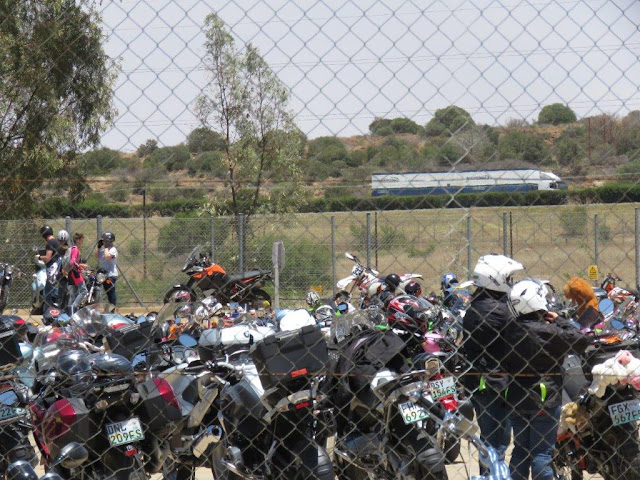 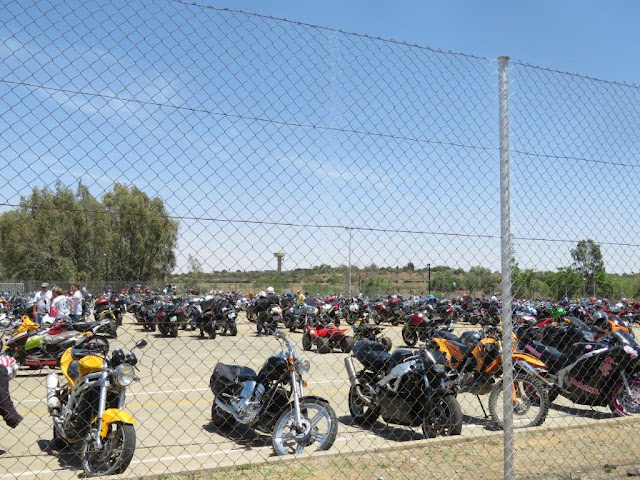 Here's to a happy Thursday to you all!