Once again, Christmas is upon us. This is the first Christmas since 2010, that Grant and I are back in South Africa to celebrate.

Of course, with Christmas season comes the annual Carol Service. On Sunday evening we attended the Methodist church carol service. This was held as traditional as possible, with children doing the Scripture readings, the congregation ( made up of people from the many, various churches in town) sang the carols together and the Methodist minister gave a short message. 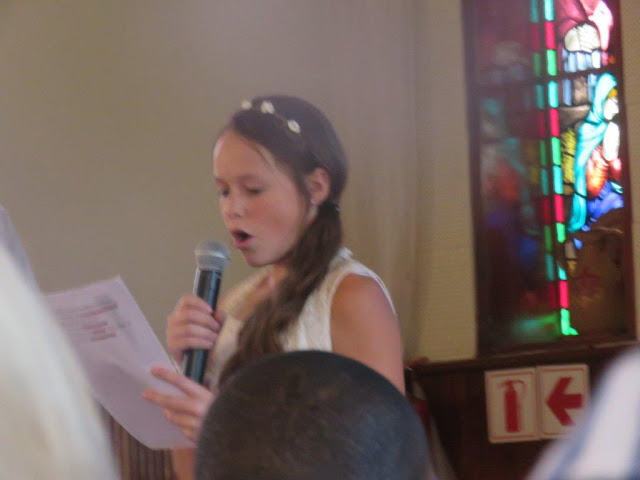 The older daughter of a prominent farming family read a lesson 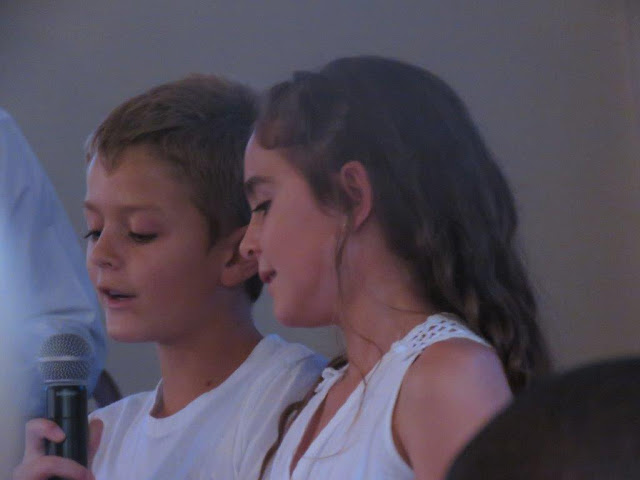 Twin siblings from the same family shared another lesson. Isn't the little girl a stunner? And the boy reminded me of our own grandson, Joshua 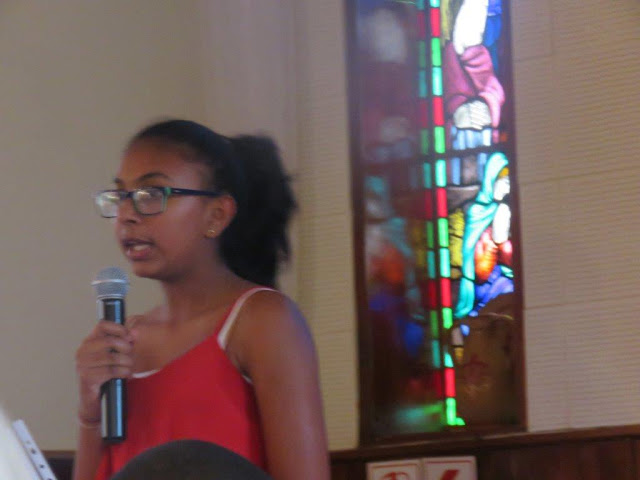 One of two daughters of another prominent business family in town

Marquard is made up of an eclectic mix of people: white farmers and white, Sotho and Indian business owners who have been here for decades; families who work for the large feed-lot just outside town; retirees (these are many - especially widows); semi-retirees (like we are!) There are three prominent languages : Afrikaans, English and Sesotho which most people have a reasonable command of at least two of these. 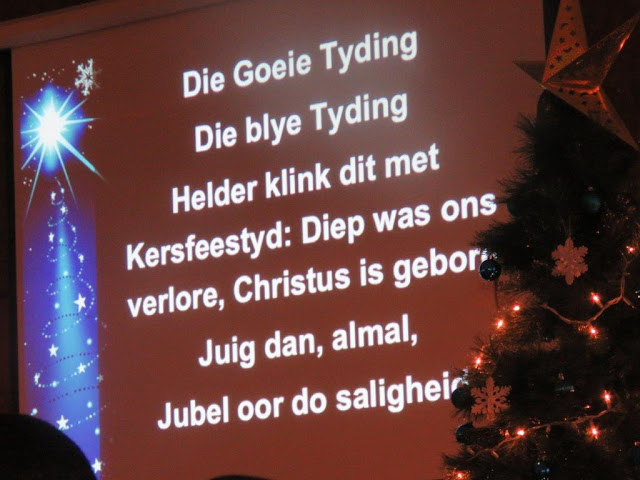 Every alternative carol was sung in Afrikaans 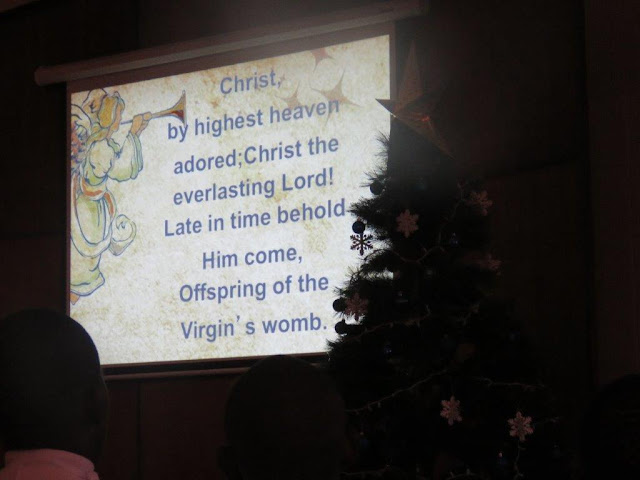 And several in English 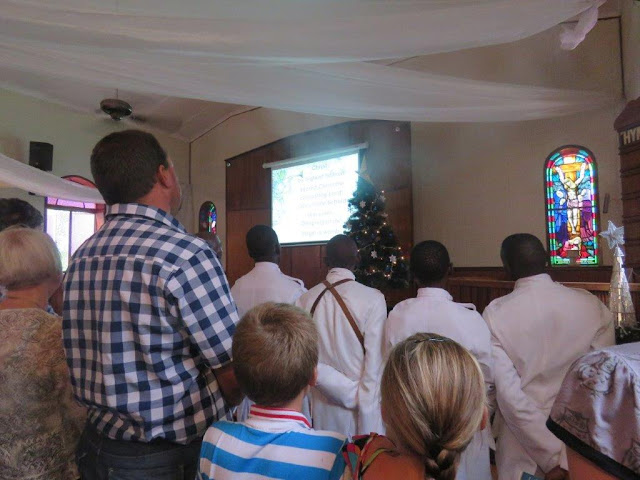 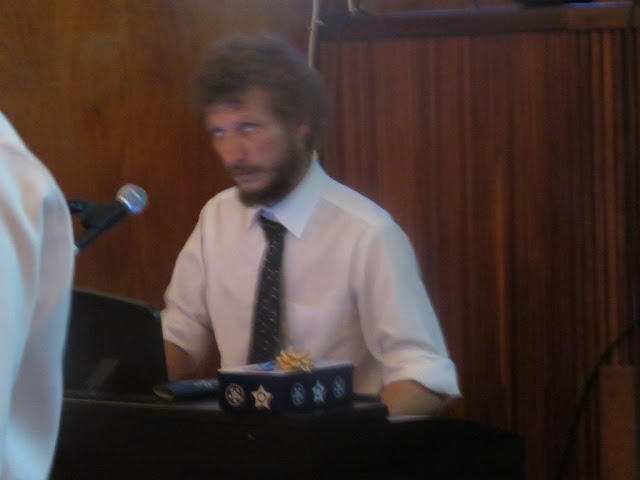 I was the church organist for this church for close on 12 years. The church organ is situated in the other corner of the church from the keyboard piano above. After the service I dragged Rina to the front of the church, opened up the organ and posed while she took a photo! 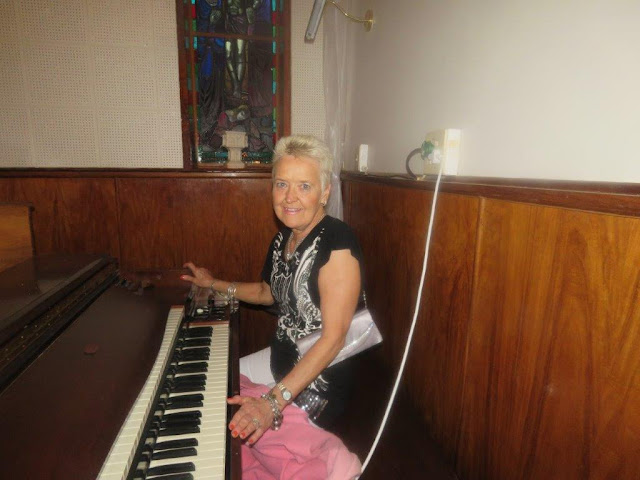 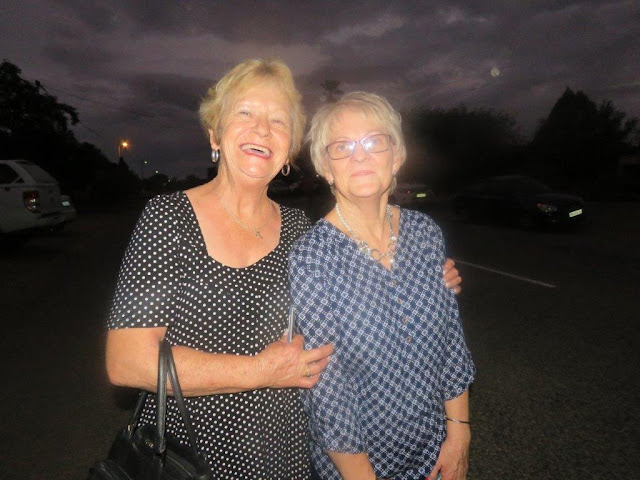 Rina and my sister-in-law, Celia gave me big smiles when I focused on them! 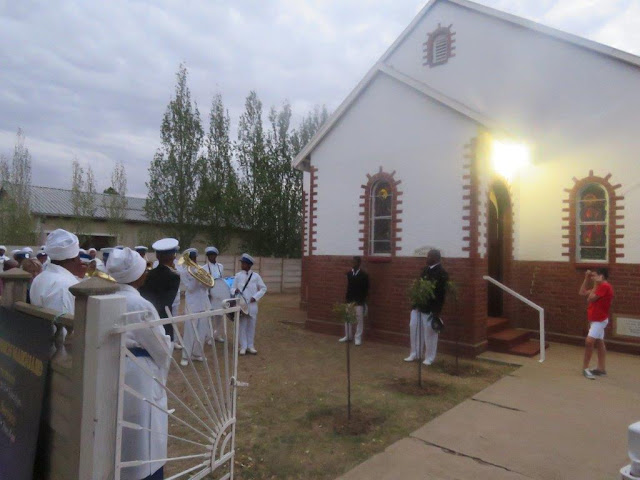 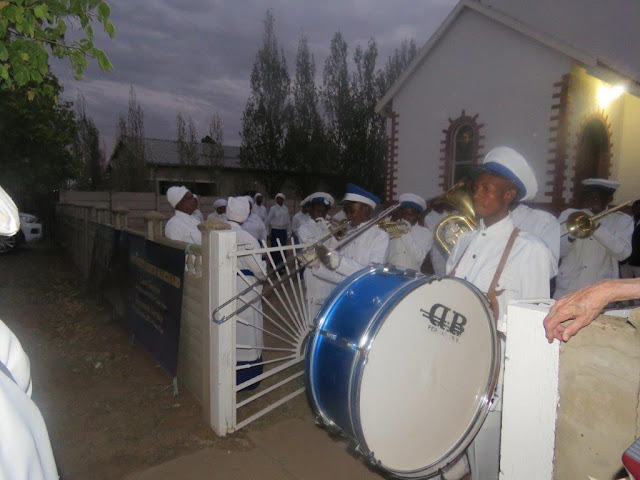 At the end of this video, crazy friend Myrtle ran her fingers across my viewfinder. I focused on her, greeted her and she answered (in Afrikaans) Hello, my love! 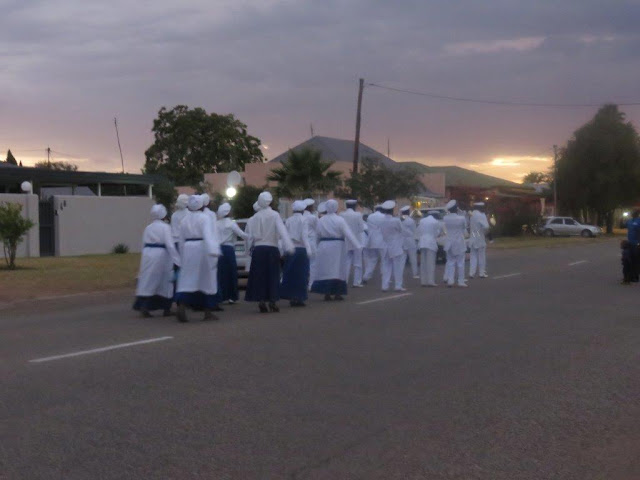 There are few like an African to show the rest of the world what rhythm is! The young band members sashayed up the street to the beat of their music with the older women from the church coming up in the rear 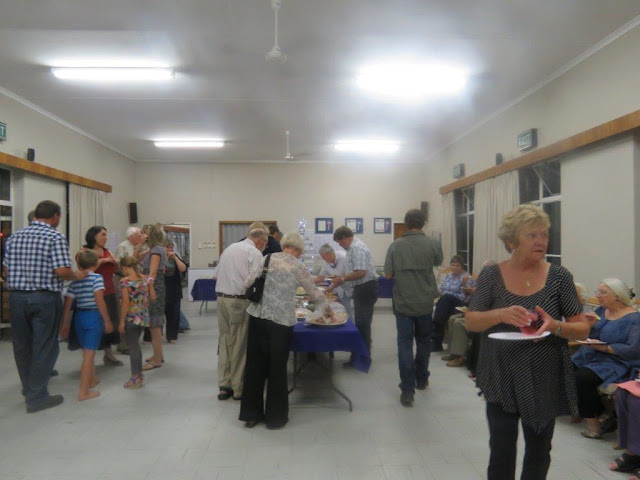 I'm linking my post to Our World Tuesday here

Wishing you all a wonderful day!