Another eclectic mix of critters

Traveling to the city of Bloemfontein at the end of November on the bike, Grant pointed to one dam we pass on the National Freeway. On the way back later that day, we stopped and I took photos.

Not very good, but photos all the same... 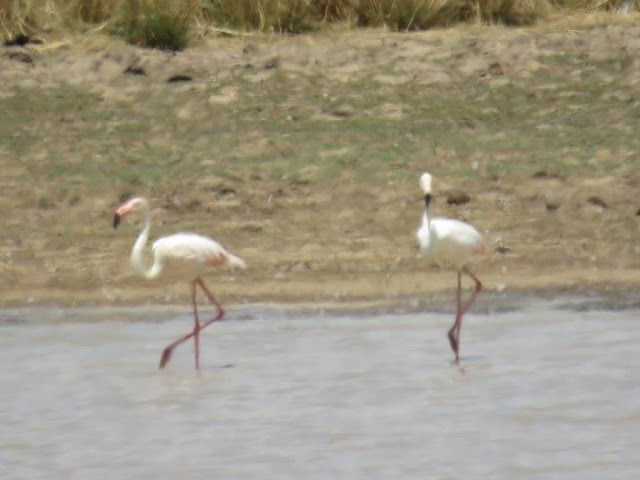 A pair of Greater Flamingo 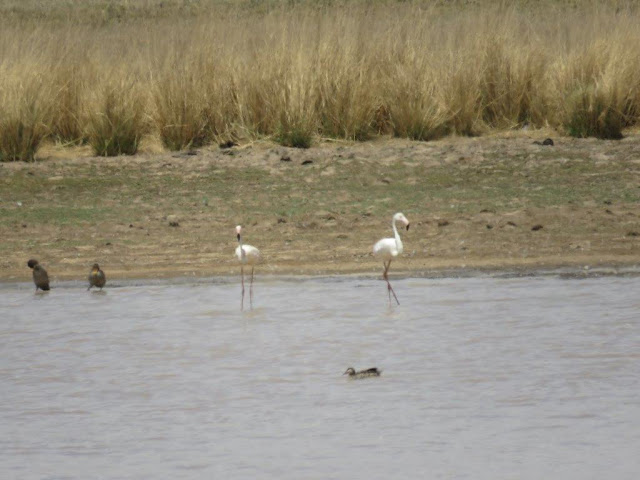 Another, slightly clearer photo with a Little Grebe in the foreground and two Reed Cormorants at the back 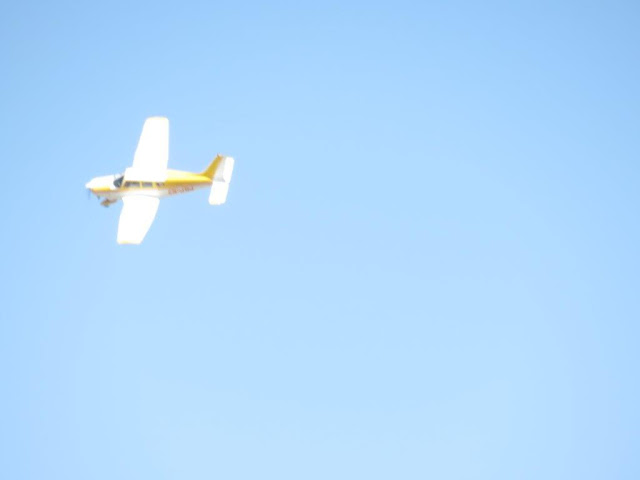 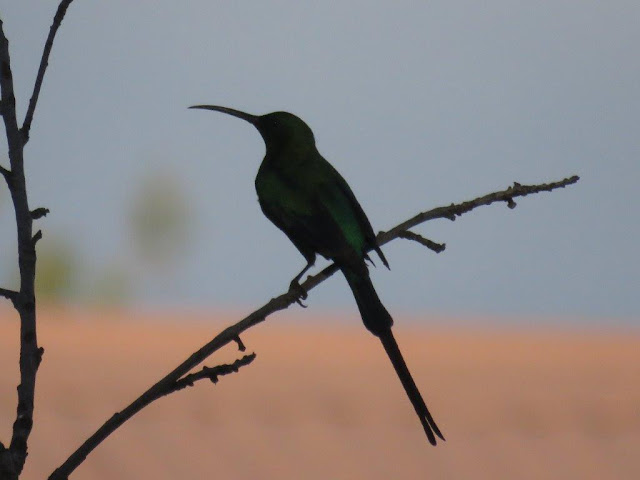 Back home I captured the Malachite Sunbird male in silhouette 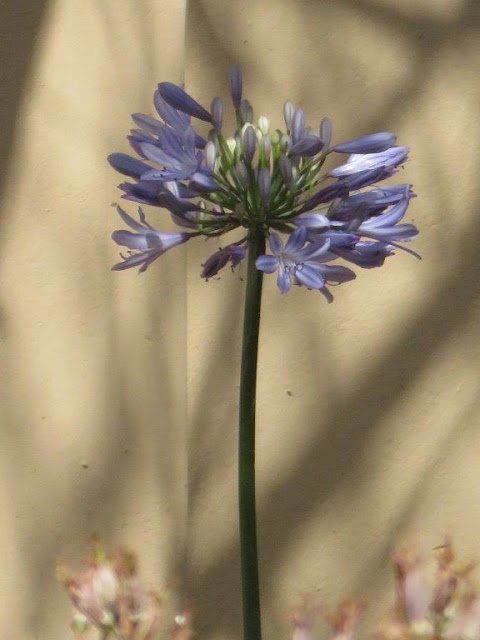 An agapantha with shadows on the wall behind it 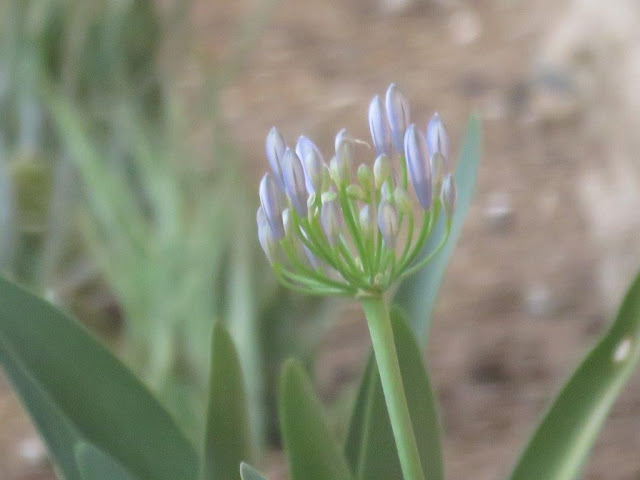 So far with the severe drought, I'm managing to save my indigenous perennials by watering them by hand - a cupful at a time ! 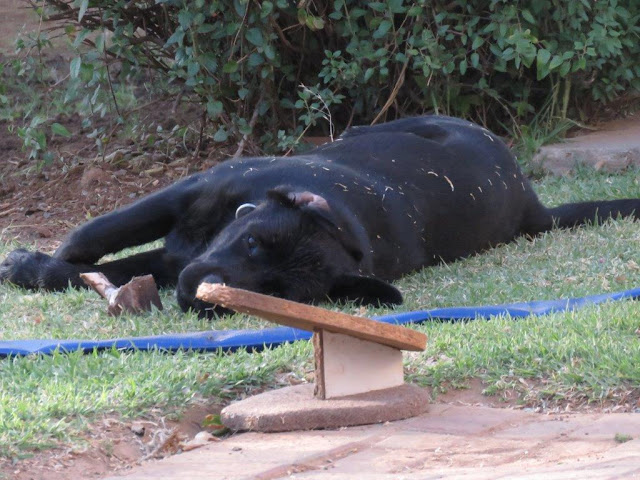 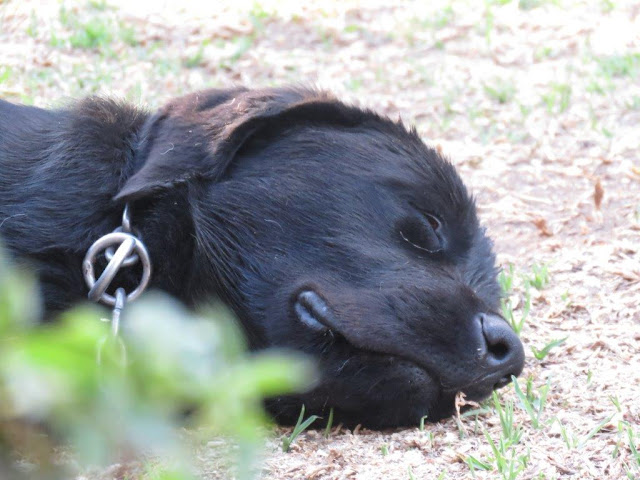 We jokingly call him our Russian guard dog which translates from Afrikaans as a "resting guard dog"!

We've had several forecasts of rains. The clouds build up, the atmosphere is heavy and then the wind comes up and blows everything away! 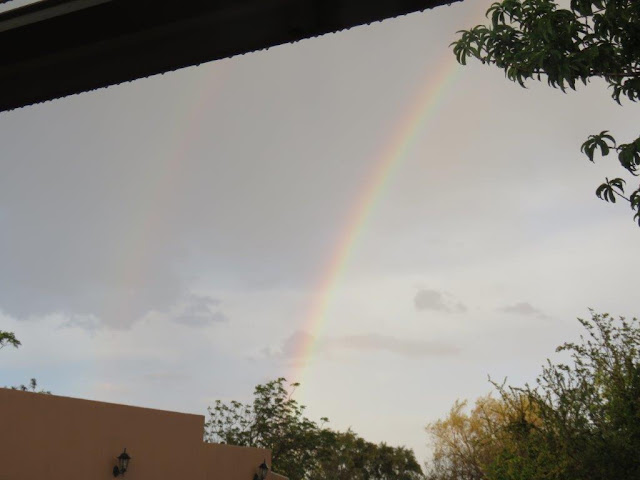 On Thursday evening Angus, Amanda and children came over after they had had their supper. Angus wanted to ask Grant something about his off-road motorbike. The two older children followed me into the kitchen. When Abby saw the bottle of honey on the kitchen table, she asked for a slice of bread with honey. Immediately Joel asked for bread and Bovril. I made their sandwiches, poured a cup of milk each and set them down at the kitchen table. Joel asked why there was a white circle around the honey. I explained that it was made by a chalk pencil which keeps the ants away. They wanted to know  whether the line could be erased so I showed them it could, by wiping it off with paper towel.  Then I pulled the chalk, its end still in its plastic packet,  out of the box and handed it to Joel. I asked him to make half a circle and to write his name. Then I held Abby's hand with the chalk in it, made the other half of the circle and wrote her name. They were so proud of this that once they'd finished their snack, they ran outdoors and called Rina to come take a look. 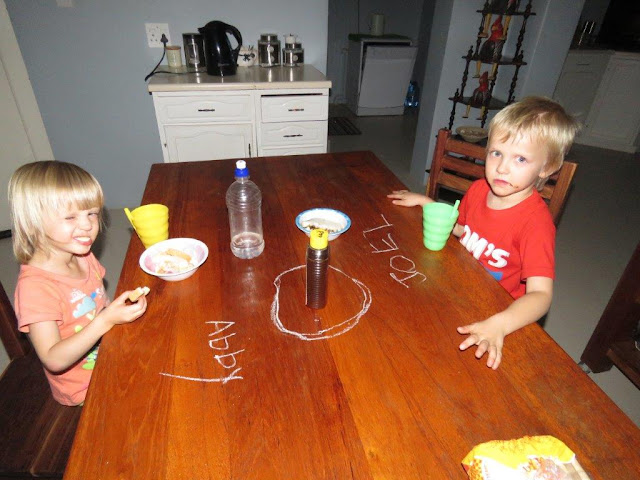 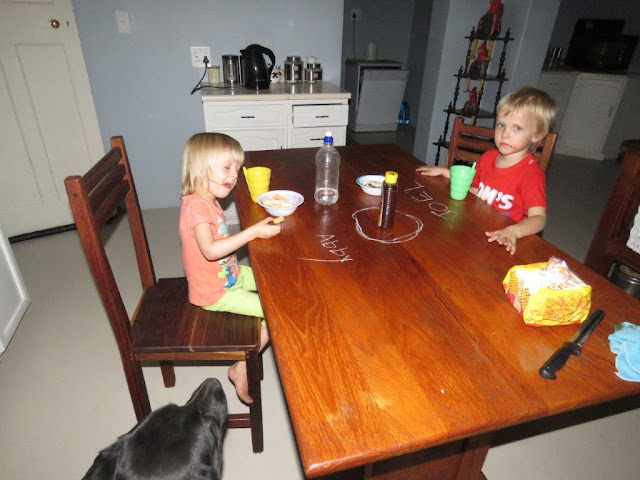 I'm linking to Saturday Critters with Eileen here. Thanks Eileen for hosting this interesting meme.

May you all have a wonderful weekend.