Travelling up North to my Husband 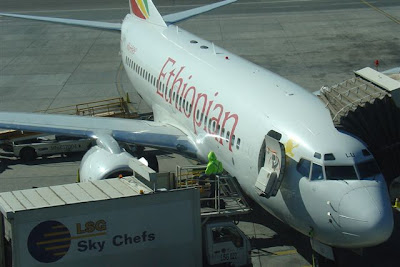 Ethiopian airlines, preparing the aircraft for our trip to Addis Ababa/Khartoum, was more than an hour late on Thursday 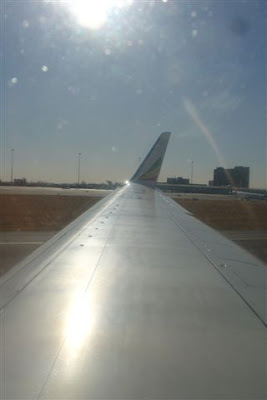 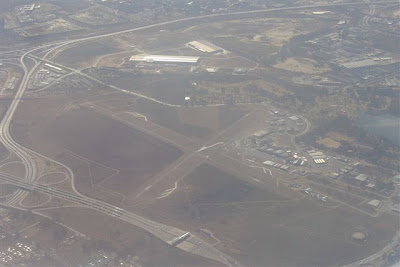 Finally... The day had arrived that I fly up to be with my husband in Khartoum in the Sudan, North Africa. It was freezing cold in the Free State on Thursday morning when we loaded my luggage into the back of John's vehicle. Debbie strapped the three children into their car seats while I went back to stroke and greet my cats and dogs and tell them that they would be fine while mum was away. I don't think they believed me, especially dear Tigger, but I was swallowing a lump in my throat as well...
My domestic flight was uneventful and comfortable. I loved the trip over my beloved Free State farmlands and took photos for future blogs (ha- we never miss an opportunity, we bloggers, do we?)
Booking my luggage into Ethiopian airlines shortly after midday, I was informed that the flight was delayed. My heart sank (just a little) but it sank! En route, I had an hour in Addis Ababa to board my connecting flight to Khartoum. If we were delayed on the Johannesburg side, would I make the connection in time?
We finally took off at 15h25, an hour and ten minutes later than schedule. I sat back in my seat and relaxed (well, in between taking photos through a very dirty window)
Four and a half hours later I looked up at the on-board television screen. The two movies had finished and the plane's journey was depicted on an electronic map. All the relevant details flashed onscreen as well. Looking at my Addis Ababa boarding pass, I saw that I had to board the connecting flight at 20h50. Up on the screen the ETA (expected time of arrival) was 21h29!
Hoo-boy, was I late!
I asked the flight attendant if the flight to Khartoum would be held until Khartoum bound were on board. She shrugged and said if I missed the connection, the airlines would bus me into Addis Ababa where I would overnight in a hotel. Part of me thought: what a unique chance to experience yet another city in Africa, but the other part of me remembered a) the only clothing I had with me, was on my body and b) I wanted to get HOME to my husband waiting at the Khartoum airport.
Unless you have experienced third-world-travel, you cannot begin to imagine how vulnerable and helpless you feel when you are thrown a curved ball like this.
I disembarked the plane in Addis at 21h35 and jumped onto the bus already crammed with other passengers. As I was trying to balance my laptop between my ankles and re-adjust my handluggage (one weighty, bulky shoulder handbag/purse and one 7kg overnight bag with NO spare clothes in it. Rather, it was weighed down by my binoculars, Canon camera and zoom lens, our African birding guide - a huge, heavy tome and my Bible) I was called from outside: was I destined for Khartoum ? When I nodded, the person told me to get off the bus and get into anther vehicle which would get me to my plane across the runway. My heart did a triple somersault. I asked the young man: "Do you mean to tell me our Khartoum flight has waited for us?" Man, I praise God for His everloving goodness and mercy!
When I entered the aircraft in which I would complete my journey and made my way through business class down the aisle to my seat in economy class, as I passed the passengers, I thanked them for waiting for me. Some nodded, others glared at me.

Descending to land in Khartoum just before midnight, I had my first impression of the Nile and this vibrant African city. Although it was dark, the street lights illuminated the enormous river creating a very romantic picture.
After passing through the rigorous customs and passport control (which took more than an hour in a cramped, aircon-less office with a television blaring its late-night dance program as well as three different
cell/mobile phones blasting their owners' preferred music from their respective desks,) I picked up my [by-now-despised-ugh!] handluggage and made my way to the carasole. I stopped dead in my tracks. The belt was stationary; there was only one set of luggage on it and it was not mine. Taking a deep breath I tried to work out my next move. To enquire as to the whereabouts of my case, would almost be an impossibilty. The few remaining airport officials looked as exhausted as I felt and they probably couldn't understand English. Then it hit me: my case was in Addis Ababa and would arrive on the next plane.
Walking to the exit of the airport building, I was hit by the most unbelievable wave of heat. Secondly, I could hardly get out of the glass doors because of the humanity wedged in there waiting for people who had arrived by plane. The African nation is very exuberant and excited. They cannot imagine waiting for something or someone to come to them. Rather they surge forward en masse and will block the only entrance or exit to a building, sports stadium or entertaiment venue. Which is what was happening here. However, I could see my 6'2" husband standing at the outer edge of this crowd and made my way (quite forcefully, by this time, lol) through the people to meet him.
Later while we travelled through the still-busting, brightly lit streets of Khartoum, he assured me that my luggage would arrive on the following plane (Friday night) from Addis Ababa. It's quite a worry (to a woman, at least) to think your luggage could be floating around the African continent, on its way to another destination.This happened to me on my first trip to West Africa in 2000. Our aircraft, Air Afrique, an airline company which has since become defunct, had broken down in Johannesburg; we all disembarked, waited in the airport terminal for another five hours, boarded another airline and eventually flew to Bamako. Arriving in the capital of Mali, I found I had no luggage. I had to fly out to the gold mining town 120 km/75 miles inland on the light company plane where my husband was stationed. A week later my luggage arrived - it had taken a detour to Dakar, Senegal, 400kms/ 250 miles to the west! But I digress. Back to my present luggage situation. My husband said he'd pop out to the airport this morning and check if my luggage had arrived.
Praise God! Half and hour ago, he phoned me from the airport: he had found my suitcase.
I have finally and completely arrived in Khartoum! 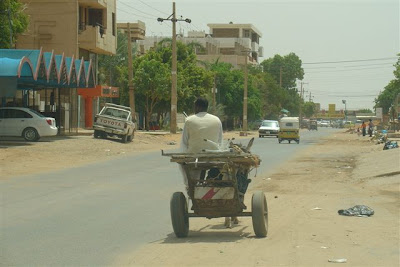 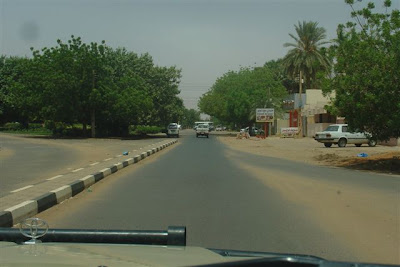 Khartoum's tree-lined streets are a delight to the eye