Khartoum Budgies and a Spoilt Cat 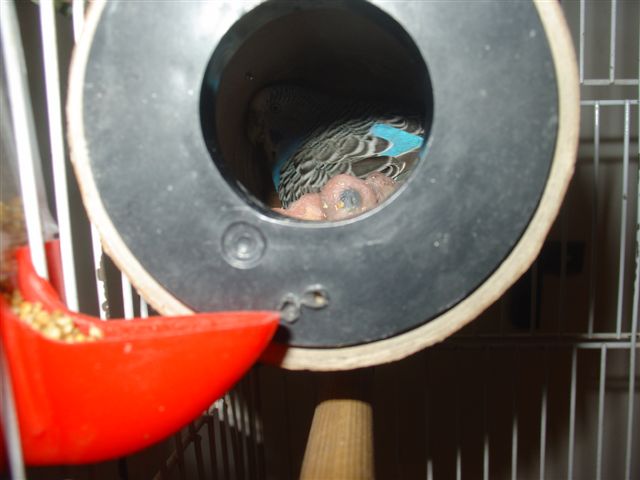 It's almost ten days since the first budgie egg hatched. To date four of the five eggs have hatched. The first baby budgie looks like an ostrich* compared to the one born two days ago! It is very difficult to photograph the inside of the nest and this was the best I could manage. I held my camera inside the cage while Grant illuminated the nest box with a torch.  The first-born budgie is very vocal and it concerns me that he may be monopolizing the milk bar. However, there are softer sounds coming from the other three babies and I regularly see Sweet Pea feeding the smaller ones so I'm sure she'sis coping. It certainly looks as if she is!
* Note: An ostrich is a large flightless bird in indigenous to Africa. 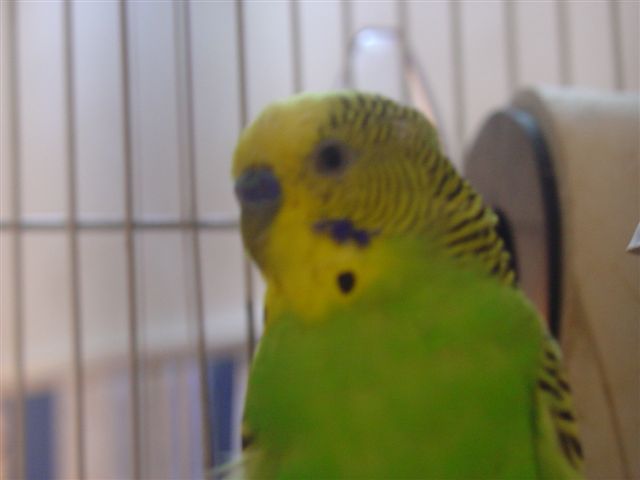 According to the Internet, the father helps with feeding from the third week. For now Rambo is sitting quietly on his perch and listening to his children squeaking for their food. He often pops his head into the nest but as it is quite crowded in there now, that is how far he gets! 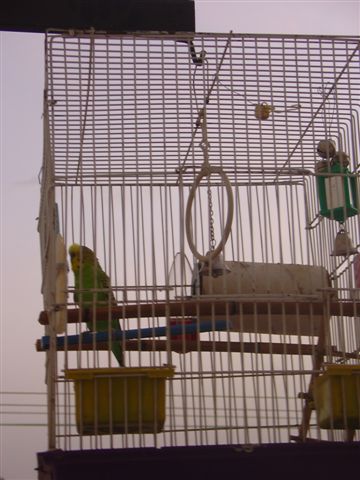 After considerable motivating Grant (men would call it nagging),  he eventually arrived home from the workshop with an elbow for the budgie cage. When indoors their cage is suspended against the office wall. However, while outdoors  their cage is on the floor of the balcony. With Shadow around, it is no longer a good idea to have the budgies at eye level with a cat! Now, not only are the budgies safer, they have a birds eye view (lol) of the neighbourhood from their elevated hook. Rambo also enjoys looking down on the bird feeder while voicing his loud disapproval of the wild birds.
Meanwhile Shadow is thriving in the Hedges household. 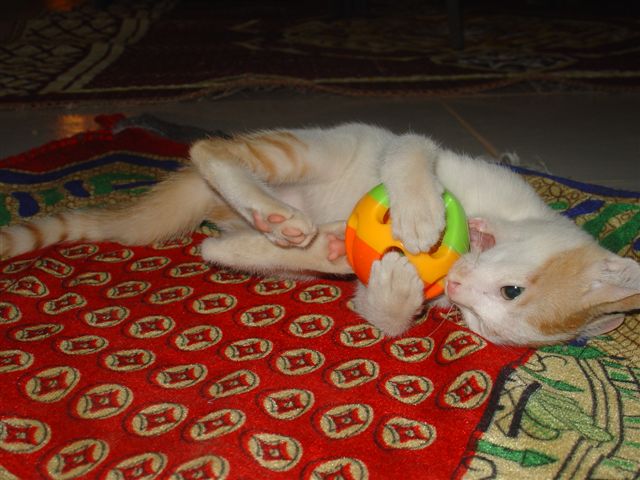 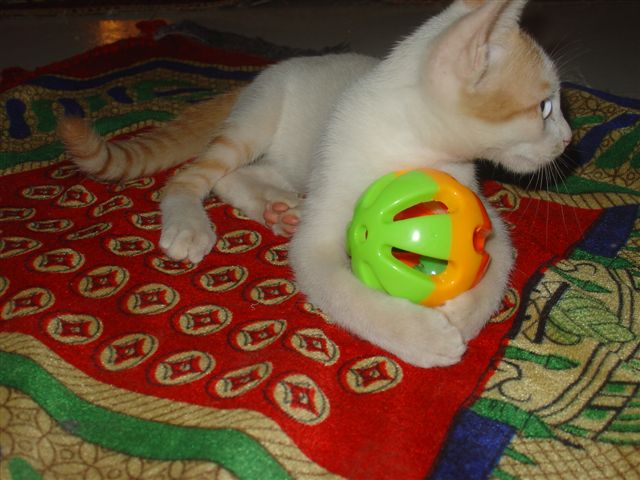 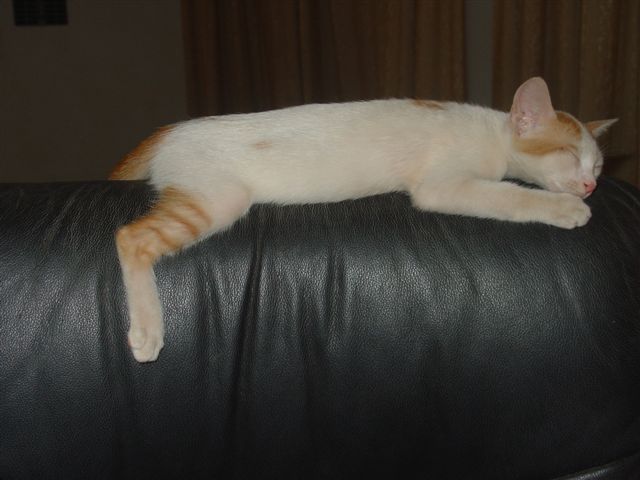 And relaxing ...
For more pets around the world, click here
Now that I've completed almost six weeks of Arabic lessons, I've decided to add an Arabic word to my posts every day. This is following the example of my dear friend, Misalyn of Al Ain, UAE who helped me tremendously (online) when I first arrived in Khartoum. Thanks Missy! You can see Misalyn's beautiful blog here.
The Arabic word for bird is thier, and the Arabic for cat is kadissa.
Posted by Jo at 3:30 AM