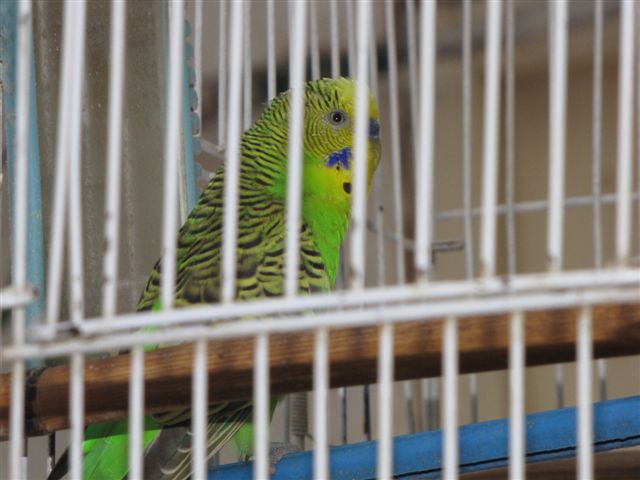 Rambo waits patiently to help feed his offspring but Sweet Pea still doesn't allow him near the baby budgies!
The latest news about the budgies is that it seems as though there will be three babies. I removed one egg yesterday (it is three weeks overdue) and was very light; obviously infertile. We're surmising Sweet Pea may have removed a broken egg (also infertile) earlier in the week. Two of the babies are huge and I've had a glimpse of a third, slightly smaller bird squashed up against the back of the nest box.

Sweet Pea is a wonderful mother and regularly comes out of the nest covered in milk! She sits and preens herself for ages by which time her babies wake up and call for more milk. So the process starts all over again!

Rambo, who according to the Internet - which could be wrong- should help with feeding, tries to peep in the nest he gets a clout across the ear for his trouble.

Grant has made a platform that fits just below the nest opening in anticipation of the little ones' appearance sometime this month. At first Sweet Pea was very suspicious of the attachment (she is the most suspicious lady I've ever known) and it was only when her babies yelled incessently for food that she ventured onto it and into the nest.  Phew! A relief. (I had visions of trying to feed the babies - what, I don't know - with a dropper) 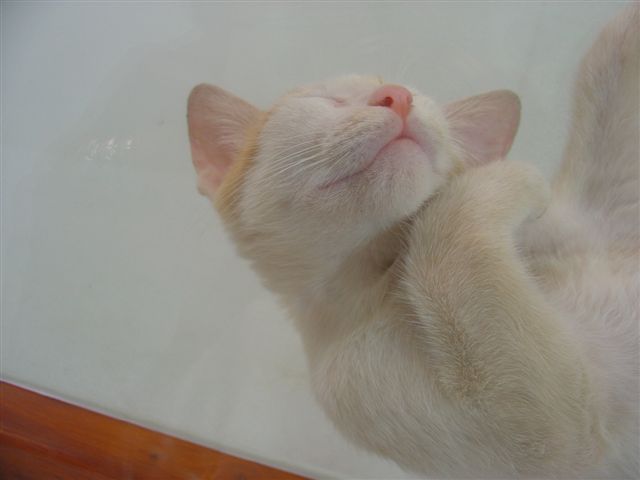 Meanwhile Shadow does what cats do best; he SLEEPS A LOT! Apparently cats sleep for twenty-two hours a day. So far Shadow spends many hours playing with his toys on the lounge mat. When he tires of this, he disappears.  If I go looking for him, I normally find him in the kitchen facing the fridge. After feeding him his dinner of Beef and Rabbit in Jelly (at SDG9/US$3 a tin), he wanders off to fall asleep in one of his many favourite spots.  Need I say more... 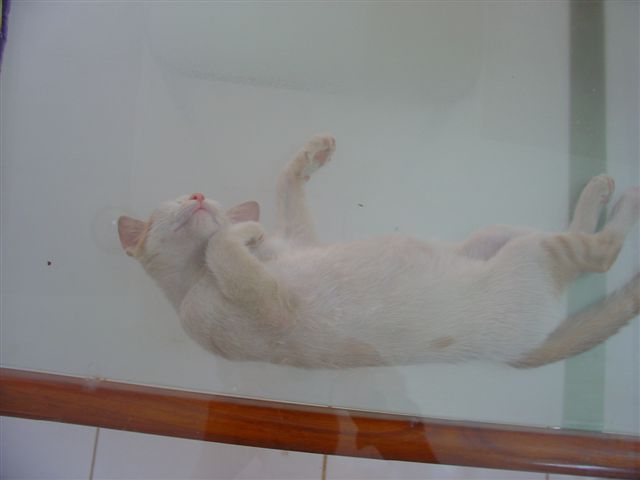 What a life for a former feral kitten! 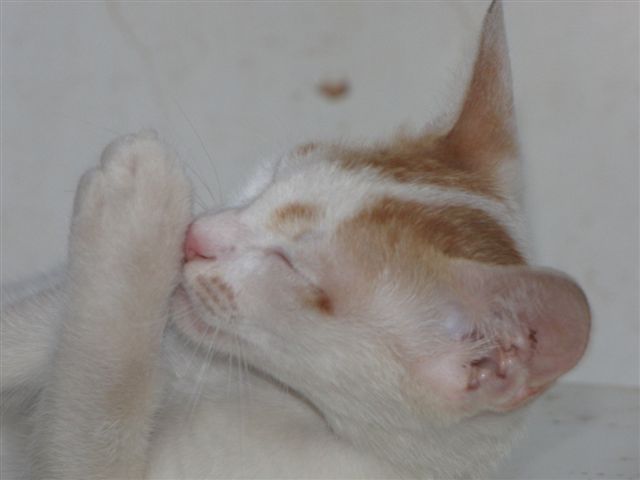 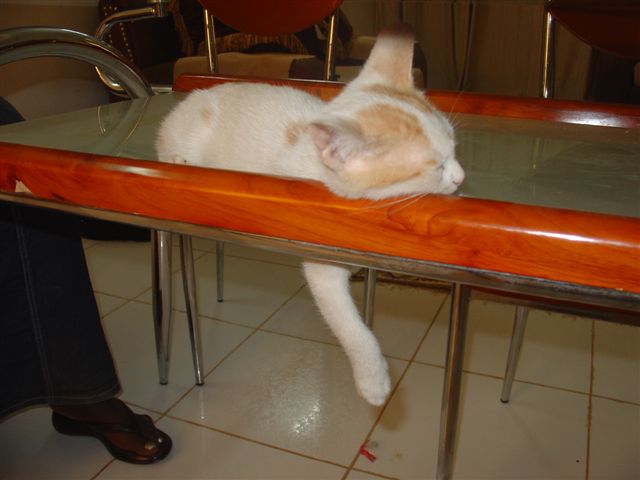 Aaah ...that's better
For more on pets around the world, click here
The Arabic word for sleep is yanum
Posted by Jo at 3:30 AM