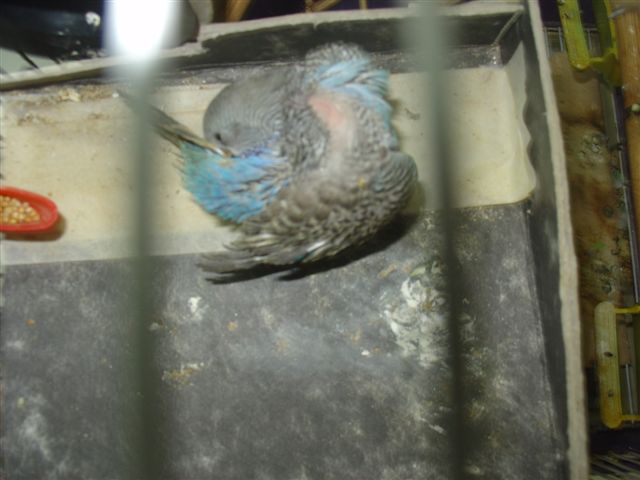 Today the first baby budgie is 37 days old. He emerged from the nest for the first time on Friday. Sweet Pea became hysterical and flapped around cage; she was obviously petrified of this strange creature who had suddenly appeared.  She is a real bird-brain! (lol) Rambo sat next to the baby budgie who thought this kind ole guy would feed him but who pecked him instead. Fortunately within an hour, the parents realised that this was one of the babies they'd produced and began to show him around his new world. He has all his feathers but his co-ordination is not too good yet. He falls about and pulls himself up the ladder using his beak. (would this be like a baby crawling?) The other two peeped out of the nest but are not at all keen on following their brave sibling yet. 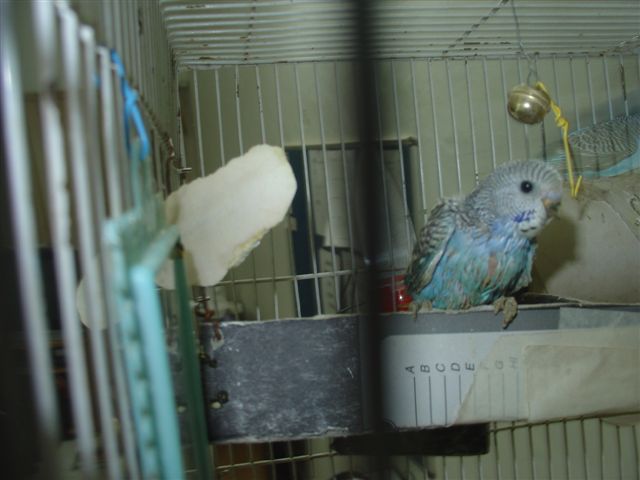 The first baby budgie (front) out of the nest looks just like his mum, Sweet Pea (sitting on the nest) 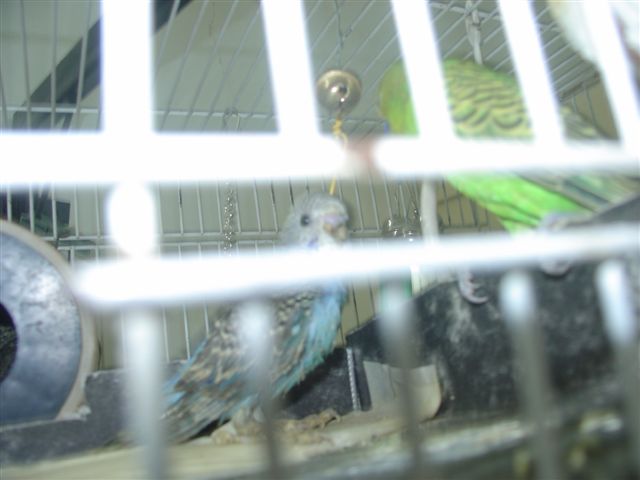 Hello, are you my dad?
Note: another baby budgie has emerged leaving the last one in the nest. (see below) 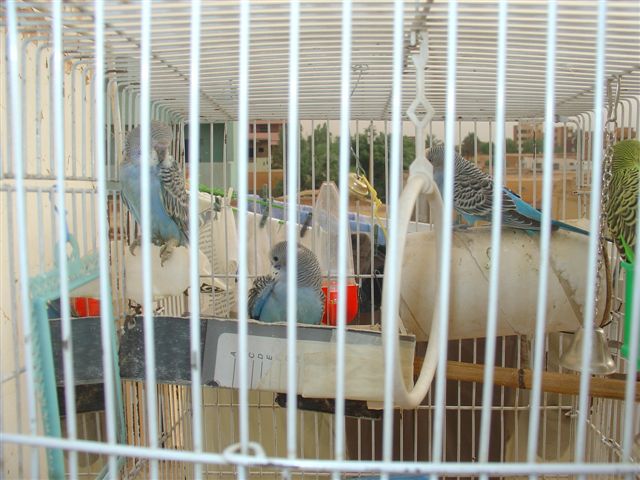 The second baby budgie sitting on the cuttlefish, ventured into the cage this morning. Once more, Sweet Pea (now sitting on the nest) was hysterical because of this strange creature! Then the first budgie came out again; suddenly Sweet Pea liked the fact that two babies looked just like her. (lol!)  Rambo watches over his family from the side of the cage.
For more pet posts around the world, click here.
The Arabic word for feather is reesha
Posted by Jo at 3:30 AM