Last day with the pups and kitties

Firstly, let me apologize for the wrong setting on my video in yesterday's post. I'm still learning the ropes but I went into settings and managed to change it from private to public.

Here it is again!

Next, this is the day that we leave for our three-week holiday in South Africa. I'm always loathe to leave as it means three weeks without seeing our cats. But now there's an added sadness to my departure. I have to leave my pups who have filled my every waking hour (and many of my sleeping ones) with great pleasure for the past six weeks.

I know they're in good hands with Michael, Zechariah. Armani, Joshua and Regina caring for them. I know I've made arrangements for their four meals a day. I know that they're as healthy as any pup can be, but more so than any other pup in the country.

On Wednesday Michael and I administered worm meds to Princess and all the pups. This was so much easier than doing cats. I mean, it was because I was giving the cats worms meds last week, and I inadvertently stood on Ginger's tail. He yowled, Shadow attacked him and in trying to restore the peace I was caught in the crossfire. (Many of you know about my week-long treatment at the hospital and the agony of the twice daily double doses of antibiotic injections.) 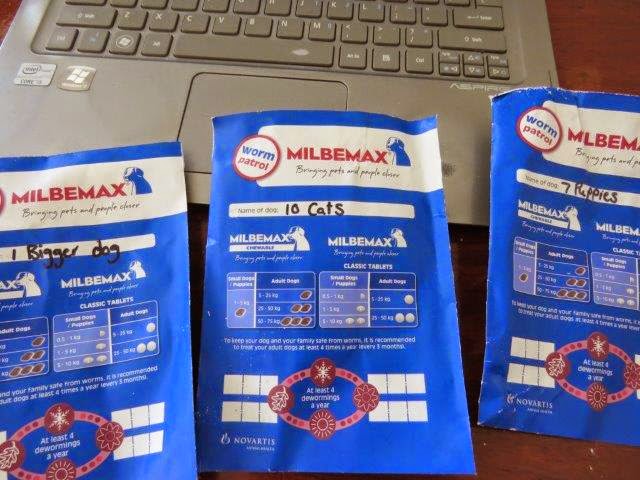 The worm medication for Princess (the bigger dog!) and the seven pups. In the center is the pack of worm tablets for our three cats. I asked the vet to send me extra for future use. I have to force the tablets down the cats' throats and this is where the trouble started last week!

The worm tabs arrived with friend, Louise who brought them from SA for me. I placed the  tablet on the rail running around the enclosure fence. The pups were jumping around excitedly; Michael went into the pen and picked up one pup, we fed it the tablet (I licked one, it tastes meaty - says the vegetarian, LOL) then he'd put the pup inside the hut and lock the door. This way we managed to do all the pups without confusion. Princess was easy too; she simply swallowed her meaty treat! 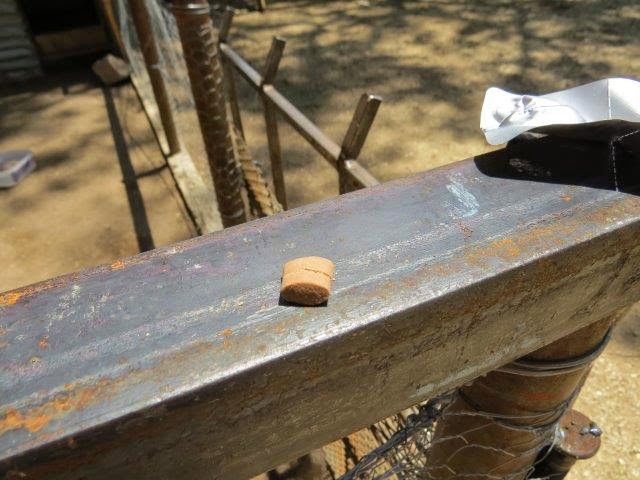 One nugget tablet to deworm one pup. Princess' tablet was about four times larger 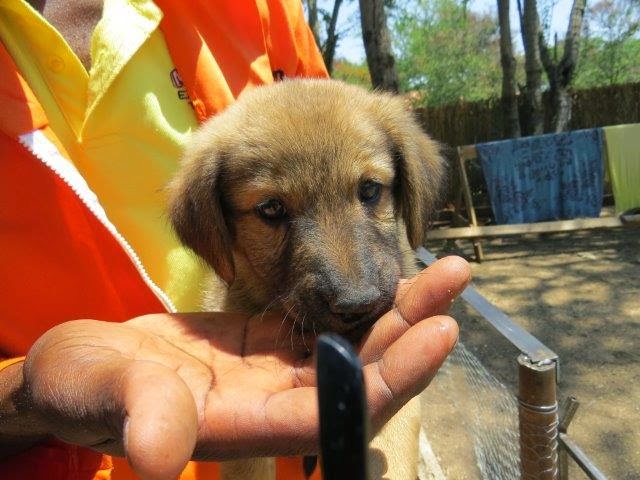 Michael holds the worm tablet which the pup chewed and swallowed 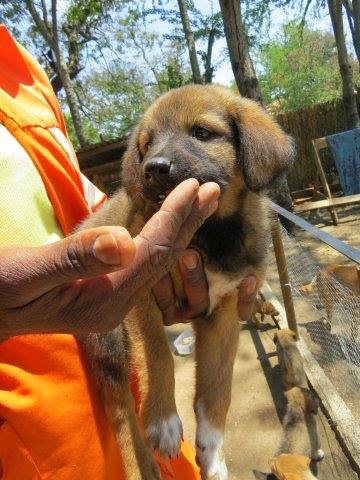 The second pup gets hers, and so on until we'd done all seven

Once we'd done all seven pups, he let them out of the huts and they made a beeline for the water bowl. For the past week the pups have tipped their water over constantly. I brought out an empty ice-cream container, Michael placed a clean stone in it and filled it with water. 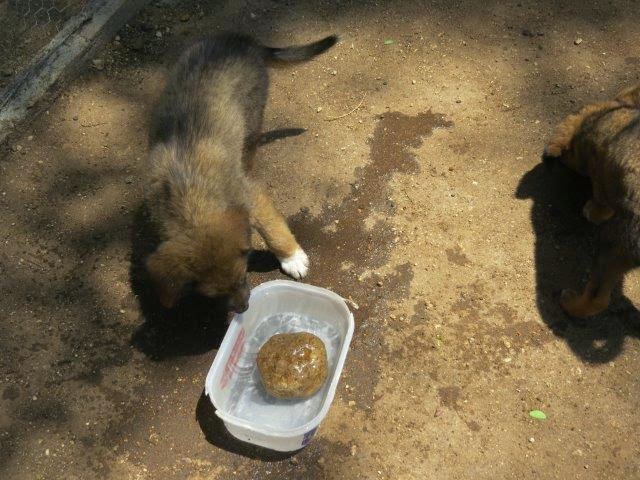 Voila! (the water around the container is because they dribble!)

On Thursday during our morning play on the lawn, I brought out the puppy, kitten, bird and pet mouse flea powder which I'd used on Princess all year. Michael applied powder to the backs of each pup and Princess avoiding their eyes, ears and mouths. 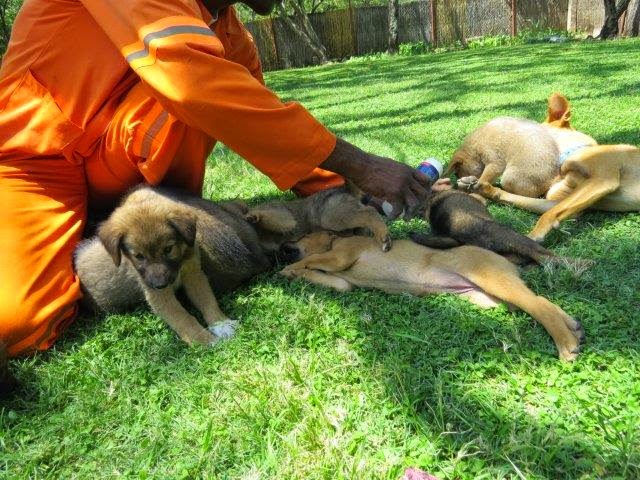 The pups relax all around Michael while he applies flea powder!

As I said, the pups are healthy and clean; their meals are lined up in huge bins (the ugali and dog pellets) and on the kitchen shelf: the oats, milk powder and tinned dog meat; blankets and towels are available for night time. yes, the pups are in good hands while Mum Bibi is away from home.

We're leaving for Mwanza (160kms away) just after lunch. We spend the night at a beautiful hotel on the shores of Lake Victoria. Tomorrow morning early we fly to Dar es Salaam. 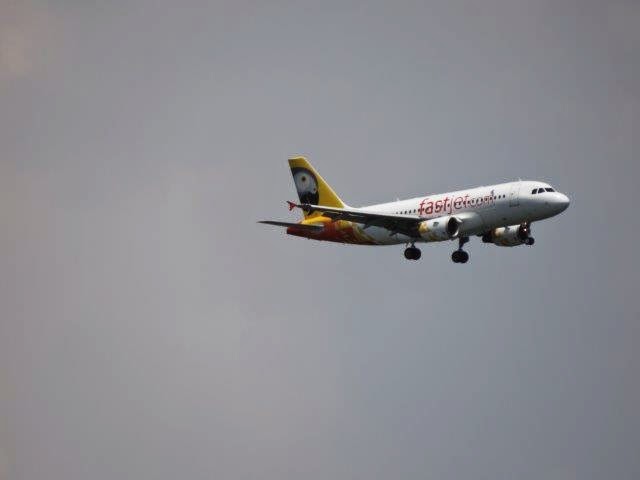 Our flight between Mwanza on Lake Victoria, and Dar Es Salaam on the Indian Ocean


At 2.45pm we board South African Airways flight to Johannesburg. We sleep over in a beautiful hotel just a few minutes' drive from the airport. On Sunday morning early we catch the domestic flight to Bloemfontein. By 9am we touch down and we're met by our son Angus  his wife, Amanda, our two little grandchildren, Joel and Abbey and friend and house-sitter Rina.

Till I connect with Blogger again from my home in South Africa I wish you all a wonderful weekend.