On Sunday as we were returning from a bird outing in the bush, Grant spotted a sunbird flitting into several shrubs which had already started flowering. He stopped and I got out. Although I panned back and forth, I just couldn't pick up his sighting.

As I lowered the camera, I focused on a shadowy shape under a bush quite some way off. I zoomed in and saw that it was a Spotted Thick-knee. 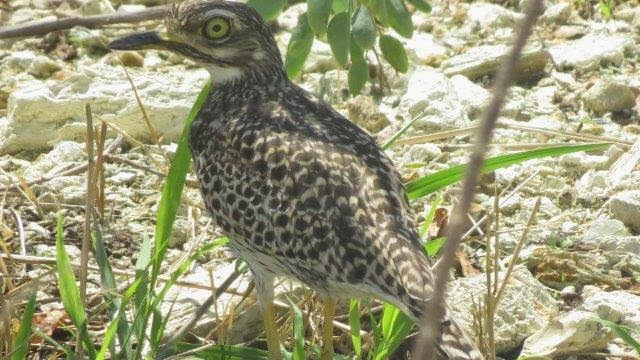 Spotted Thick-knee resting in the shade

The Spotted Thick-knee is a brown plover-like bird with a large head and large yellow eyes. The upper-parts are mottled brown giving a spotted appearance and the underparts are paler and streaked, especially on the breast.

Spotted Thick-knees feed in the morning, in the early evening and at night. They occur in dry rocky scrub and bush country.  During the day they can be found resting in the shade of bushes and trees. 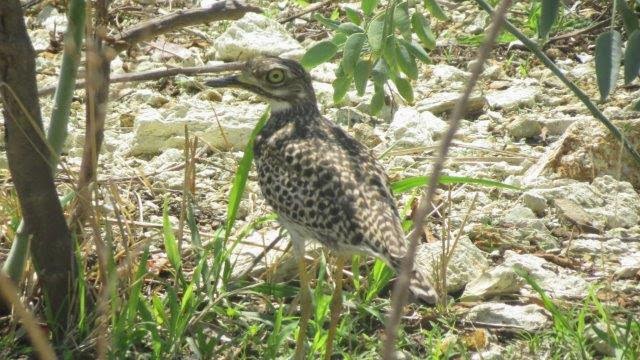 Note how well it's camouflaged; I was thrilled to have "spotted" it!

Here's wishing you all a Happy Wednesday.